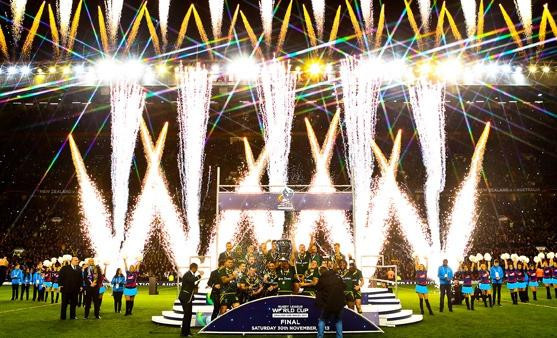 In a partnership between International Rugby League, Ghana Rugby League Federation and Ghana TV, games from the Rugby League World Cup 2017 archive will be shown on Ghana TV Sports+ channel every Tuesday.

This will give the game in Ghana a profile that has never been enjoyed previously and will provide a further boost for Ghana Rugby League Federation's already large efforts to include more people in their rugby league programmes.

Jafaru Awuda Mustapha, Ghana Rugby League Federation General Manager, is excited about the potential for the sport in Ghana as a result of this opportunity, saying, “The opportunity given rugby league is what I will call one in a million. The awareness of Rugby League will help the game in Ghana go nationwide and we grateful to GTV Sports

for making this a reality.

“This will provide a chance for the whole nation of Ghana to experience rugby league first-hand and create a future for our sport in the country. This opportunity will not be wasted.”

George Lomotey, Deputy Director Television and Ghana Broadcasting Corporation welcomes the development saying, “As the national broadcaster we are happy to support rugby league and deliver on our mandate to help develop sports in Ghana. We are giving over 30 million Ghanaians the opportunity to be introduced to a new sport.

“I would like to thank Ghana Rugby League Federation and International Rugby League for working with us on this project and we look forward to many future collaborations.”