FIRST MATCH OF THE YEAR A LAUNCH PAD FOR BOSNIA 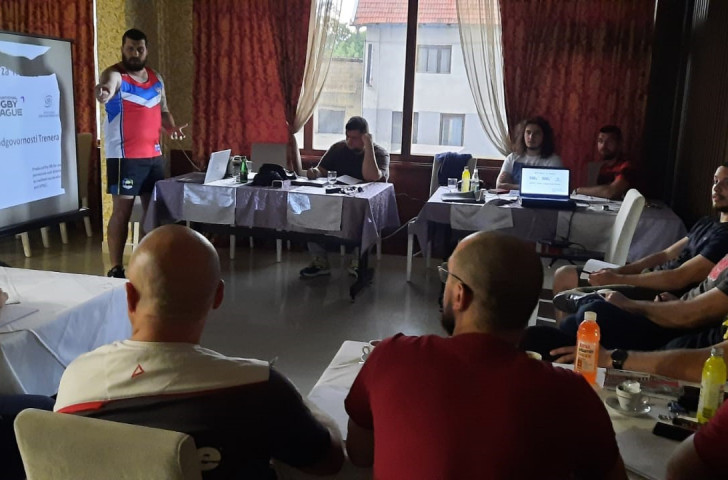 A young Serbian side posted nine tries to run out 50-4 winners away in Bosnia & Herzegovina at the NK Rijeka ground in Vitez, in the first rugby league international staged in 2021.

Partisan 1953 prop Djordje Krnjeta crossed twice for the visitors as did Dorcol scrum half Mateja Nedeljkovic, who led 18-4 at the break and dominated the second period.

It was the first official Test match for the hosts, Bosnia & Herzegovina RL Federation president Zeljko Ljubanic, commenting: “It was a special day for us, the first time we are as one and it was a good match and performance from us after only being able to train together twice as the Covid restrictions begin to be lifted.

“We need longer together to train and then we will make something good over the next few months.

"Our plan is to work with the local government in Banja Luka to start a rugby school for the young guys and girls and that will really help to promote rugby league here.”

Bosnia & Herzegovina skipper Marin Vrhovac added: “We played a strong game, they were physically better prepared but I am satisfied with how we played.

"We plan to train more after this and I cannot wait for these guys to play more games together.”

Serbia, who started and ended the game strongly, included a core of their U18s in their first international since a World Cup qualifier against Greece in November 2019, at the start of a four match tour of other developing Balkan countries.

They will face Bulgaria in Sofia on 10 June, Montenegro in Bar a fortnight later and will also take on Albania in Shkodra on 4 July.

Serbian Rugby League director, Dragan Pavlovic, said: “Our plan is to play all these matches with mainly U21 players to build up our national team for the future and to assist the Balkan nations in our neighbourhood to develop rugby league.

“Where we have such opportunities, we will send our coach and match official educators to also run level 1 courses.

"This was an important day for Serbian RL because we played our national team here and also on the same day at home we kicked off the SRL second division featuring five clubs; three from Serbia and one each from Bulgaria and Montenegro.”