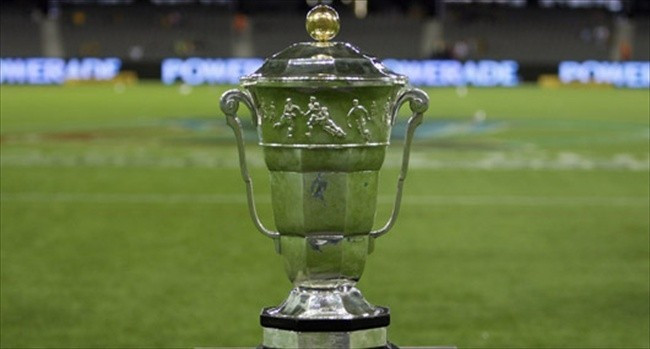 There is added resonance to this summer’s Rugby League European B and C Championships, as they will form part of the European qualifying process for the 2017 Rugby League World Cup, to be held in the Antipodes.

Latvia and Spain meet in Riga on 9th May in the opening match, the winners joining Greece and Malta in European Championship C. The nation that emerges on top in that competition will go forward to the final World Cup qualifying pools in 2016.

The reverse fixtures in 2014-5 European Championship B, which will play to a conclusion this summer, will see the top three nations will go through to the final World Cup qualifying pools in 2016. Currently, three nations are tied at the top – Serbia, Russia and Italy – with Ukraine yet to get off the mark but still in contention.

Serbia head coach Marko Jankovic commented, “In our eyes, we are already deep into the qualifiers, as we knew the 2014 matches would be connected to the World Cup. We are part of a very interesting competition and aware that the road to Australia and New Zealand will be tough, not only for us but also for the other teams. I wouldn’t write the Eastern bloc nations off, including us. Our focus at the moment is on the forthcoming Russia match as we are determined to stay on top of our current competition.”

The European Championship B and C nations who win through will be joined by seeds Ireland and Wales in a drawn, round-robin, two group World Cup qualifying tournament in autumn 2016. The sides that finish top of those respective groups will go through to the World Cup, together with the winners of a play off for the final berth between the second-placed nations, held at a neutral venue; Leigh Sports Village in England.

Rugby League Ireland director Richard Egan is looking forward to his nation’s involvement. “We are eagerly anticipating the RLWC qualifiers to capitalise on exciting times for the organisation,” he said. “2015 sees a new title sponsor for Ireland as well as a new home with a view to developing further our domestic players on the international stage. All this bodes well for the qualifiers and the future, we are hopeful of qualification for another World Cup.”

Wales RL COO Chris Thair noted, “There is real positivity emanating from Wales Rugby League at the moment, we blooded a lot of young welsh talent in the 2014 European Championships. The format to the World Cup qualifying matches in 2016 looks really exciting and will add further value to renewing our annual battles against Ireland, Scotland and France later this year in the European Championships; it is a fabulous time to be involved.“

Wales coach John Kear added, “It is with great excitement that I look forward to the upcoming three years of international rugby league, we are all excited and invigorated by the challenges that World Cup qualification involves. We want to be amongst the best!”

* Due to the ongoing political tensions between Russia and Ukraine and Ukrainian legislation limiting the freedom of movement of males aged 18-60, the Ukraine v Russia match has a provisional date. The RLEF will monitor the situation and consider appropriate actions.

2017 World Cup – European Qualifying Tournament 2016
A live draw will take place on 5th November, 2015 – exactly a year before the final berth of the 2017 Rugby League World Cup is decided - to determine the make up of the two groups of three and the schedule of fixtures. The winners of each group will qualify automatically. The second placed finishers will play off for the third and final European berth.

Each group will be played using on a round-robin format, with each nation playing one, randomly drawn match home and away. The composition of the two groups will be decided using three live draws, conducted in October 2015, based on seniority of competition to maintain balanced groups.

Following the composition of Group 1 and Group 2, the fixtures, which will be played on consecutive weekends, will be determined using a second live draw to select teams A, B and C in each group, and based on the following table:

Further world cup qualification information will be announced by the RLIF over the next few days.