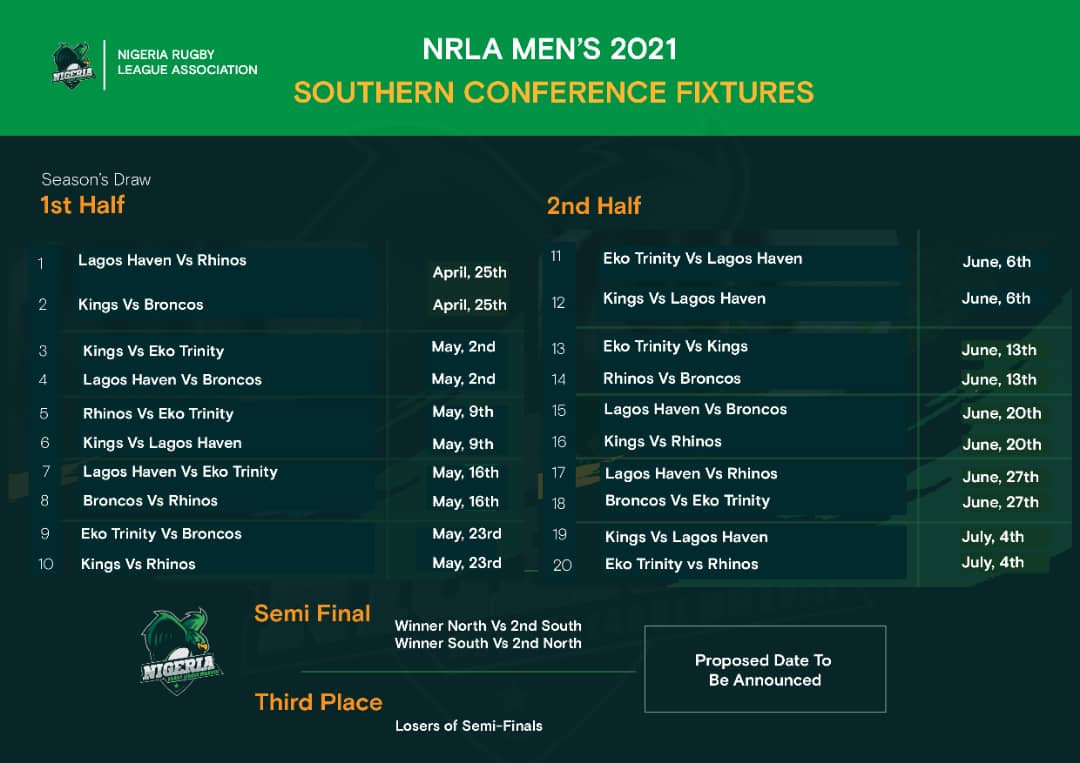 The Southern Conference of the Nigerian Rugby League Championship kicks off again this weekend, with Lagos Haven facing Lagos Rhinos and The Kings hosting Lagos Broncos, while Eko Trinity have the bye.

“Nigeria Rugby League Association is very excited to see all our hard work pay off as we officially launch the 2021 season, kicking off with the Southern conference,” said Michael Ogunbiyi, NRLA director of strategy and planning. “The league has been organised a little differently this year to allow teams to play each other twice, producing a top two who will compete against the respective teams from the Northern Conference, which will start a little later. We are also looking forward to women’s and youth competition, details of which are to be confirmed.”

NRLA vice chair and general manager, Ade Adebisi, added: “It’s great to see all five teams expand their reach this year beyond just the men's teams, with youths aged 16-18 being added and women’s sections. We are certainly in for a hard-fought men’s competition this year with many players far more experienced than in the maiden season in 2019 and desperate to get back to playing.”

Abiodun Olawale Cole, chair of the NRLA, noted: “I would like to thank all the executives, members and fans of NRLA for getting us this far, especially after such a difficult time throughout the world. Our efforts locally and internationally shall see Nigeria take its place amongst the great nations of international rugby league.”