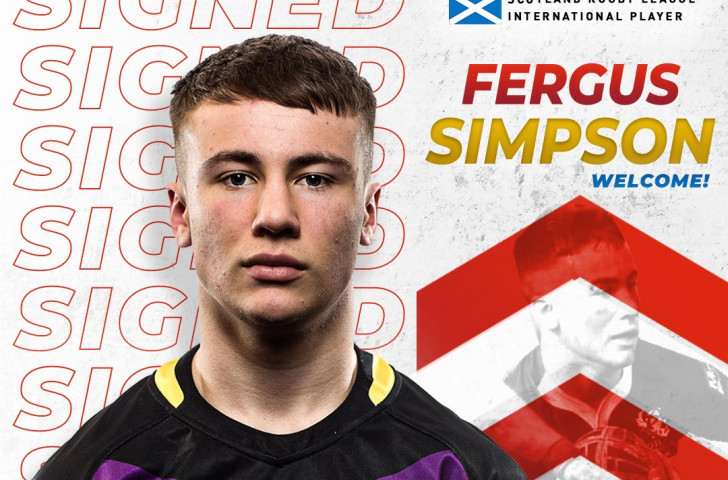 With plans in hand for the revival of the domestic rugby league season, Scotland Rugby League operations director Ollie Cruikshank is looking forward to a rebirth of the sport in the country.

“We were approached towards the end of 2020 by Forth Valley Vikings about starting up a club, which gave us a fifth team in the National League,” he said. “Aberdeen Warriors also got in touch about coming back in 2022, which we are fully supportive of, and we offered them a place in the Scottish Cup which they accepted. They will also be playing in a season-launching 9s competition in June. The lack of activity over the last 14 months has been a driver as people are looking at different ways to get active again - and team sports is definitely a way to go.”

In order to enhance and cement this greater interest, the SRL are seeing the value of investing in a development manager.

Cruikshank noted: “As part of our new club applications James Sloggie, our national development manager, is discussing what we would like to see from each of them. That includes an U16 team and community coaching in local schools supported by James and his community coaching team. These roots will help the clubs go from strength to strength.

“I would like to see us get to two divisions, North and South, with the top two teams going into the play-offs for the Grand Final as well as the Scottish Cup mixing both divisions up, together with a 9s series.”

Cruikshank has also confirmed that establishing the women’s game is a priority for the SRL.  “We are currently finalising our four year strategy and that includes the creation of a women's domestic competition which would help create a real club atmosphere. The board is also looking to appoint a director of disability rugby league and they will support our Wheelchair, PDRL and LDRL programmes.”

The Scotland men’s and wheelchair sides will take part in the 2021 Rugby League World Cup and Cruikshank is optimistic both will make an impact on the tournament.

“The progress for both teams is coming along,” he stated. “The main priority has been to get the wheelchair squad back on court, I have been working with the Scottish Institute of Sport to get our return to elite sport documentation signed off which will then allow us to start training again. The wheelchair side will be playing in the Celtic Cup on 12 June at Edinburgh University. The squad have had regular zoom meetings and have been doing plenty of off-court training.”

He added: “The men's squad preparations are coming along well, the management team has been finalised and Nathan Graham has added Lee Greenwood to the coaching staff. We are continuing our dialogue with the players and speaking to potential new ones. We have decided against a mid-season International due to the clash with the domestic calendar and the number of matches the players will be playing this season.”

Meanwhile, Scotland junior international Fergus Simpson has joined Red Star Belgrade. The 19-year-old arrives in Serbia having most recently played in Australia, in Newcastle and Brisbane. Simpson was last in the country in 2018 representing the Young Bravehearts in the U19 European Championship in Belgrade.

“I am grateful for the opportunity to make this new step in my career,” Simpson noted. “I can't wait to meet my teammates and to fight together for titles.”.