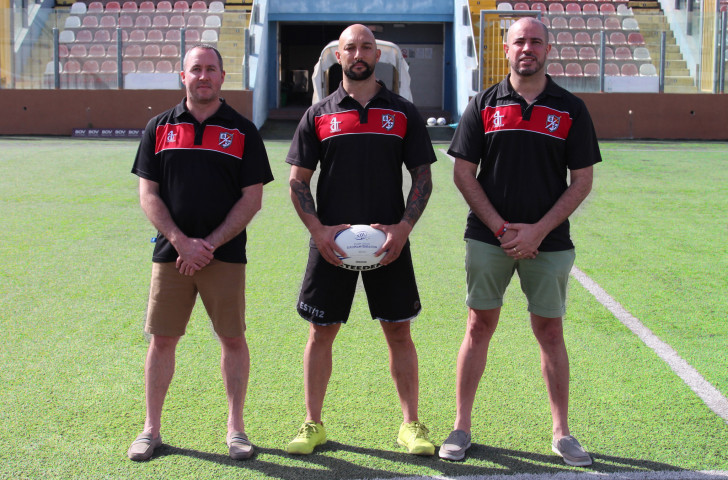 The Malta Rugby League (MRL) have presented its coaching staff for the 2021 European Championship campaign, heralding the return of former players, captains and coaches.

With former Malta halfback Roderick Attard heading up the Malta coaching staff, former Malta captain Chris Parker and ex Malta head coach Anthony Micallef will return to the fold following 5 and 6 years away respectively, the trio joined by Malta based player Mark Camilleri who has been pushing local developments on the island during the group’s absence.

Roderick commented, "Fitness, simplicity, efficiency and teamwork are going to be our key attributes. I'm a team player myself and I cannot imagine going through this journey without the people I’ve invited to join me in managing this team".

Micallef and Camilleri will be involved as members of Attard’s coaching staff, with the former Malta head coach Micallef looking forward to reviving lost time.

"The rugby codes on the Maltese Islands have been largely dormant over the last few years, and bringing back the team of staff as we’re doing - is something that should revive local interest once again after a strong local presence up to a decade ago", said Micallef.

Micallef added, "There’s a wealth of rugby league knowledge in the new coaching setup, and we expect this to be a first foot forward towards our 2021 commitments".

Attard and Micallef both attained their coaching certificates at London's Brunel University.

Malta XIII fullback Mark Camilleri said, "This campaign will be one that will be dominated by the involvement of local players and staff, and should be Malta’s strongest turnout with such a domestic presence".

Former Malta captain Chris Parker highlighted the opportunity for domestic based players on the back of the head coaching appointment of Roderick Attard.

The former Gateshead Thunder prop commented,"Rod is a great appointment for the MRL. Since I became involved with the MRL, we’ve always pushed for local players to be a mainstay in the national team and for the off-field staff to mirror that".

Parker added,"I’m looking forward to helping mentor Rod in his role of head coach. Us connecting again in the Malta setup is a continuation of our time together as players, both since Rod’s debut with the national team himself over a decade ago, right through to him playing at Gateshead Thunder here in England".