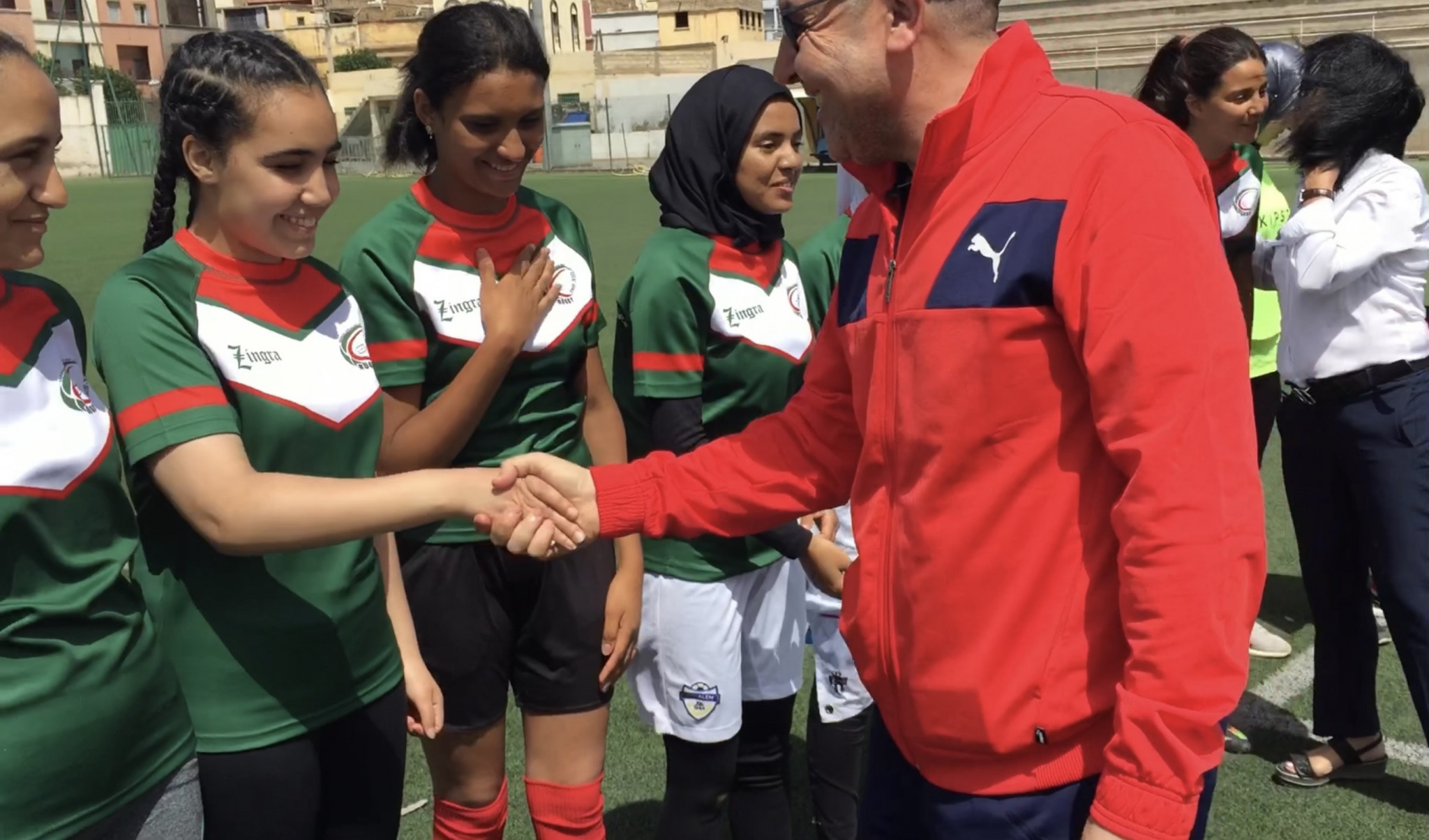 Following the post-pandemic return to play in a number of African countries, increased activities have been announced.

This weekend, the second women’s Lauréane Biville tournament – named after the inspirational young French international player who had a spell playing in the country - will take place at the Stade du Grand Seminaire de Nkolbisson in Yaoundé, CAMEROON.

It will feature eight sides, holders Raiders, Panda, Bastos Majestics, Gorilla, Rock, Guepard, Sahel and Air Garoua, double the number of the inaugural tournament held in 2019. The teams will be divided into two pools, the top two of each qualifying for the semi finals. The winners will take home a specially commissioned trophy in ebony and bronze, the top three sides will receive medals and all players given a certificate of participation.

Cameroon RL head coach, Khalil Njoya, said:  “The Biville tournament is the first and only one of its type in the continent of Africa and further evidence of the continued growth of the women’s game on the continent.”

The first trials have been held in Berrachid Province, MOROCCO for the newly formed women’s national team. It is planned that the side will play two internationals in the lead up to the 2022 MEA Women’s Championship and the MRLA has signed an agreement kit manufacturers Zingra.

President of Moroccan Rugby League, Yamna Abdel Salam, who is also chair of the Middle East & Africa Women's Rugby League Advisory Committee, commented: “Here women are a key partner in achieving development goals and community involvement. Nothing transforms or progresses without an active role for women in all sport, political, economic, cultural and social fields.”

Meanwhile, following the completion of their men’s championship, GHANA is preparing for a three-match Origin series which will start on 5 September. The games are primarily seen as trials for the national side who will wear new, specially commissioned shirts.

According to national head coach Andy Gilvary: “We believe we now have a playing shirt Ghanaians can be proud of. By retaining the nation's colours, a leopard print to represent our men in the field and incorporating a more traditional rugby league chevron, the hope is that it will inspire those who don it as they approach the trials, it is a big incentive.”

Training for the series has begun at Legon Field in Accra.