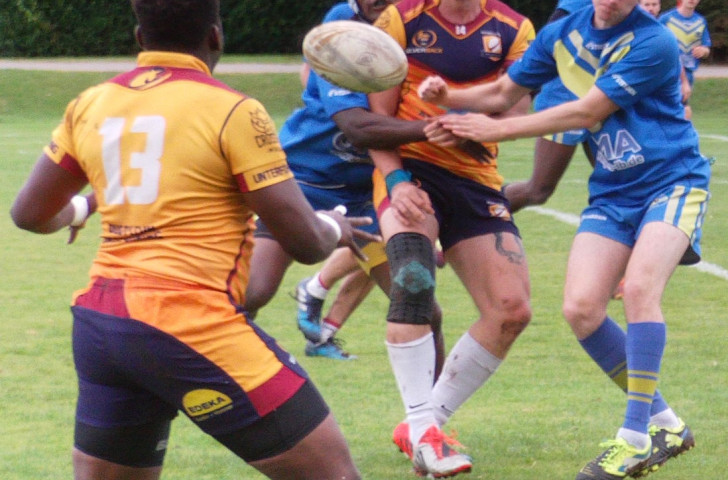 Under the watchful eye of newly appointed NRLD performance director Andy Hay, and for the first time in two seasons because of the pandemic, domestic rugby league returned to Germany at the BSC 1899 Club in Offenbach.

The match was between select sides the Rhinos and Silverbacks for the CooperCup - named after the founder of rugby league in Germany, Simon Cooper, who sadly passed away in 2020 - with the Rhinos taking the spoils 20-16; Silverback’s Christophe Ngondi scoring a hat-trick of tries in his very first game.

“It was great to see players turn up from – literally – all the corners of Germany to support this event,” commented NRLD president Bob Doughton.

“We welcomed those who live near the Polish, Swiss, Austrian, Czech and Dutch borders, as well as some from around the corner!”

It gave former Great Britain international Hay the chance to see the players in action for the first time.

“There were some fine performances and there is a lot of talent to work with,” he noted. “I am really looking forward to helping the lads get some rapid improvements before we face the Netherlands in October in the Griffin Cup.”

Before that there will be the inaugural German Origin match, where the North will take on the South, with places up for grabs in the national squad.