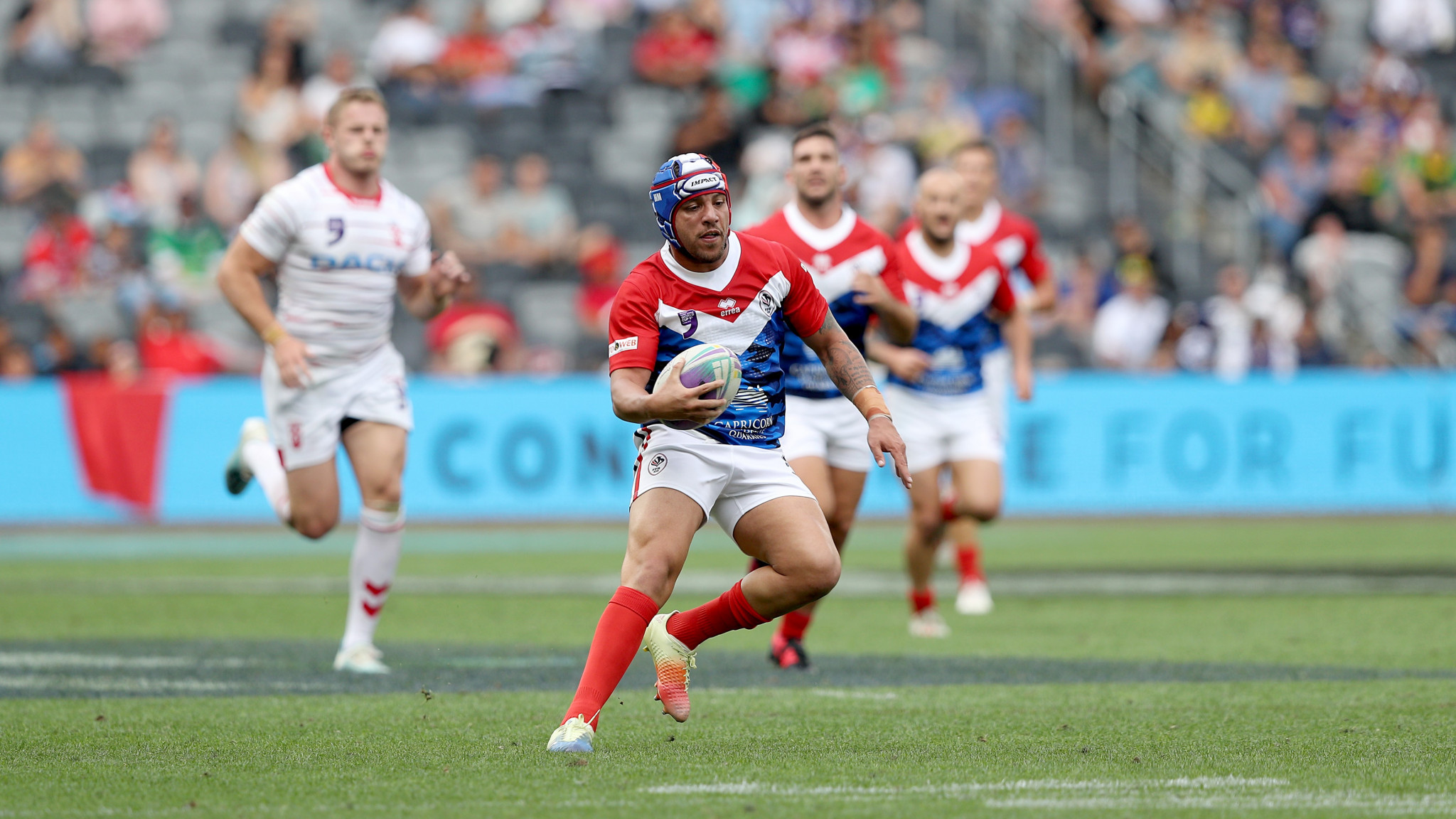 Eight nations across ten men’s, women’s and wheelchair fixtures are set to meet this autumn, in a programme of northern hemisphere rugby league Test matches during October and November.

The action kicks off on Saturday 2 October with the annual men’s Griffin Cup clash between Germany and Netherlands in Dusseldorf, a repeat of the only international rugby league contest played in 2020 due to Covid-19, which the Netherlands won 20-18 in Zwolle.

On Friday 15 October, Jamaica’s men will face England Knights at Castleford in Jordan Turner’s testimonial match, with the Reggae Warriors - who have qualified for next year’s World Cup for the first time - then taking on Scotland the following Sunday at Featherstone’s Millennium Stadium.

The day before, on Saturday 23 October, in a double-header at the Stade Gilbert Brutus in Perpignan, France’s men and women will clash with England.

The two nations will also meet in wheelchair Test matches, both at Medway Park in Gillingham, on Wednesday 10 November and again the following Saturday. Their last meeting was a two Test series in France in 2019, England inflicting a first-ever home defeat on the reigning World Champions in Apt, with the series being drawn.

Wales host two wheelchair matches, against Ireland on Saturday 16 October and Scotland a fortnight later at Glyndwr University, Wrexham, having recently met both in the Celtic Cup.

Wales women will make history when they play their first home Test at Colwyn Bay against Ireland on Sunday 17 October, who are on debut.

Chair of the Rugby Football League, Simon Johnson, noted: “It has been a priority to secure competitive international fixtures for our three England teams – men’s, women’s and wheelchair – this autumn as they refocus on the Rugby League World Cup in 2022. With French Rugby League on a high following the success of Catalans Dragons and Toulouse Olympique this season, and their wheelchair team the reigning world champions, we are delighted to have arranged these fixtures and we thank Luc Lacoste and his team for confirming them. We are also delighted that our Knights side will receive a competitive outing, providing important opposition for Jamaica in their World Cup preparations and also supporting Jordan Turner’s testimonial.”

France head coach Laurent Frayssinous said: “We are excited about playing a strong nation like England. During our last get together, I could feel the investment of all the players at the prospect. The players of Catalans and Toulouse have had tremendous seasons and want to take their form into the men’s match. For both our teams, this is a first step to the World Cup and is an excellent opportunity for the fans to make the Stade Gilbert Brutus a hostile atmosphere for our rivals.”

Jamaica coach Jermaine Coleman commented: “We are extremely excited to have the opportunity to play two games and spend some time together as a group. The England Knights game will be special to celebrate the achievements of Jordan and his career so far. The Scotland Test is a fantastic chance for us to measure our progress against a seasoned international team. That will be a great challenge that we are all looking forward to.”

Ollie Cruickshank, Scotland RL operations director, confirmed: “Following the delay of the World Cup we are looking forward to playing our first men’s international match since 2019 and our first senior Test against Jamaica. Wheelchair head coach Mark Roughsedge can’t wait to get his side back together again.”

Wales RL CEO Gareth Kear is keen to see more history made. “Wales Rugby League has put a large focus on equality and we are delighted to see our women’s team play their first fixture at home, and to build on the efforts that have gone into the women’s game during 2021. We’ve been working closely with our friends at Rugby League Ireland and are thrilled that the co-operation between us includes being able to play them in their first match. We’re equally excited to see our wheelchair side build on their Celtic Cup victory earlier this year and seeing them continue go from strength to strength.”

Jim Reynolds, president of RL Ireland, is especially looking forward to the launch of the national women’s team. “After completing our first women’s domestic competition in 2021 and trials thereafter, we can’t wait for the Ireland women’s team debut and break new ground for the sport here. We’re also very much looking forward to seeing our wheelchair side in action and building on their sensational victory over Scotland earlier this year.”

Germany president Bob Doughton said: “The Griffin Cup clash has become a well-established part of the rugby league calendar in Europe and is a fine example of nations working together for all to prosper.”

Matt Rigby, Netherlands team manager, added: “The match is a great occasion for both nations but also the respective governing bodies to work together and continue our relationship and mutual development. It will be our only international before we head out to Turkey for Euro D and we are excited to see how our players go.”