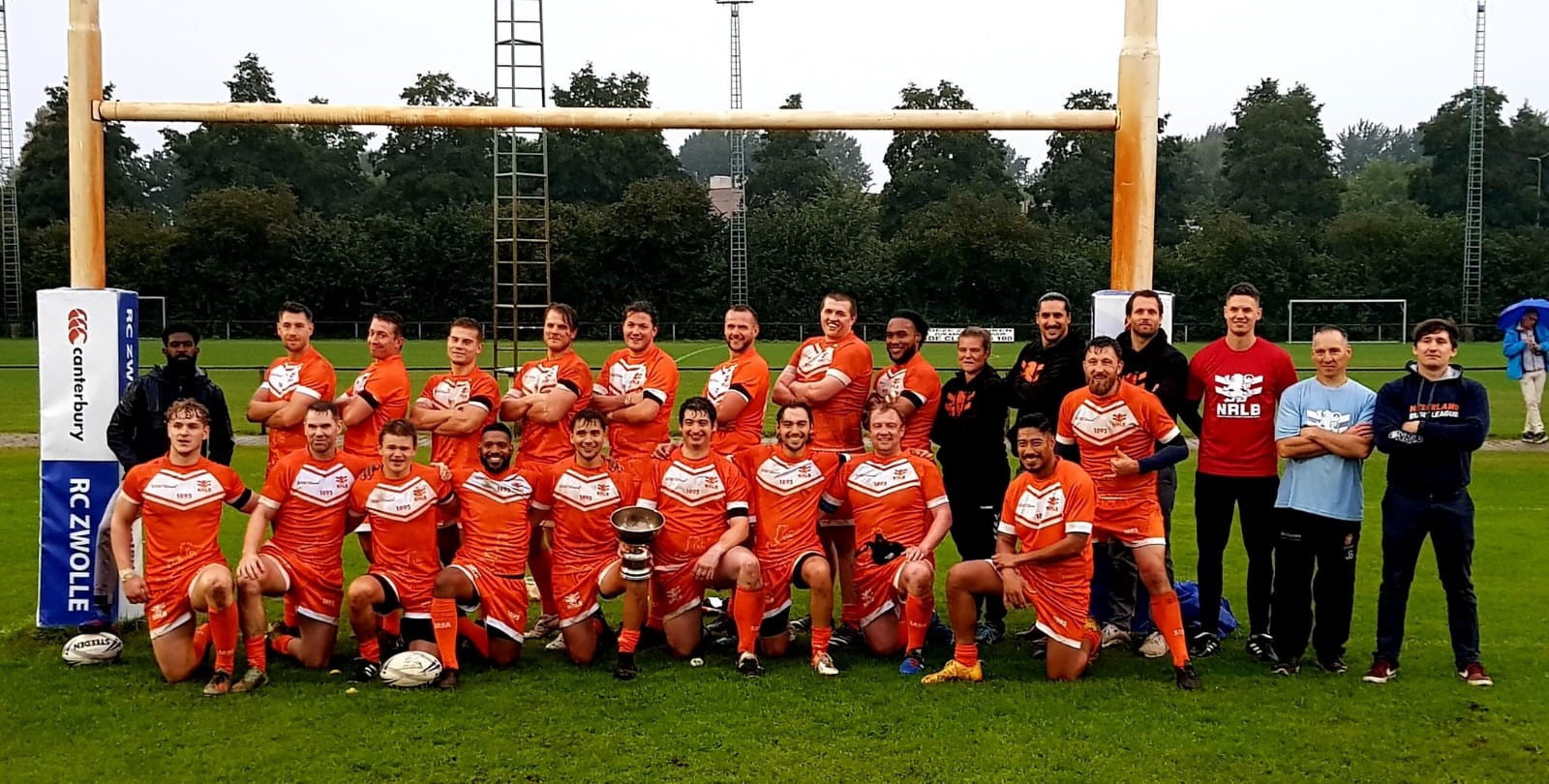 The eighth Griffin Cup clash between Germany and the Netherlands will take place this Saturday (2 October) at Düsseldorf Dragons (kick off 4pm CET). Last year - in the only international rugby league fixture played because of the pandemic - the Netherlands extended their winning run over their neighbours to three consecutive games, thanks to a stirring second half performance in Zwolle which saw them triumph 20-18 to lead the series 4-3, centre Joran Schoenmaker the star performer.

With neither side fully back to playing regular domestic competition because of the on-going restrictions, this clash will be played over three 30 minute periods and involve unlimited substitutions to give all those selected a chance of meaningful game time and will not, therefore, count for world ranking points.

Germany’s selection comes after their Origin fixture last week, with all their players coming from either the North or South sides that competed, together with two players from the English community game, Connor Hampson and Eoin Bowie.

Their new director of performance, former Great Britain international Andy Hay, commented: “The CooperCup and GermanOrigin have presented us with a raft of new players alongside some of the established ones. They all have a wonderful opportunity against the Netherlands to showcase their skills and undergo these first post-Covid steps in preparation for taking us further up the competitive ladder.”

NRLD president, Bob Doughton, added: “We are really looking forward to this encounter and to helping our Dutch friends to prepare for their upcoming Euro D competition. Something that makes me really proud of our rugby league family is that there are people born in 14 different nations all participating in this match.”

Netherlands head coach Kane Krlic noted: “We are really looking forward to this annual fixture. Every year the quality of the game gets better which is credit to both countries' emphasis on their domestic competition. This year we have approached this game with a different philosophy to previous and it will be used as the next step in our development preparing for Euro D. That being said, Germany will be wanting revenge after suffering close defeats in the last few years, it's always an intense encounter. I'm really looking forward to seeing how some of our less experienced players cope under pressure against a strong, tough German side."

Team manager Matt Rigby continued: “The Griffin Cup is a really important match for us each year, not only does this offer opportunity to players but also our match officials and board members to compare notes with our counterparts. Last year we had the honour of hosting Germany in the only international fixture of the year. The passion and enthusiasm from both nations to put on a great show improves on every occasion, we cannot wait to see what Dusseldorf has to offer this year.”