JOHN RISMAN TO PRESENT TROPHY AND MEDALS TO EURO B WINNER 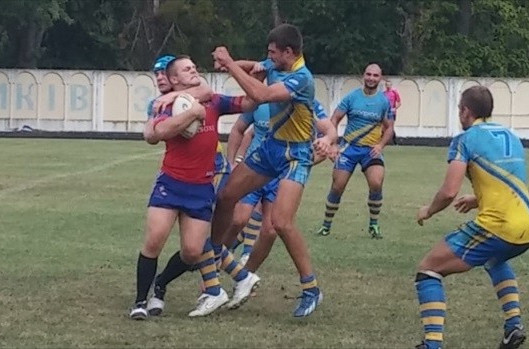 Lifetime honorary president of Serbia Rugby League, and a key presence in the reformation of the sport in the country, John Risman will be the guest of honour at the Euro B decider at the FC Heroj Polet Stadium in Belgrade on Saturday (kick off 2pm CET), when the hosts take on Ukraine.

He will present the trophy and medals and, visiting again a country that means so much to him, commented: “I am extremely honoured to be asked by the SRL to present a trophy that represents rugby league development and shows continued commitment by all the nations involved to expand their passion for the sport, which is such a positive step for future success.”

Both nations have convincingly beaten Russia in their opening games, Serbia 66-10 and Ukraine 96-18, but the Serbians have had to reshuffle their squad for this encounter. They will be without Aleksandar Djordjevic who has suffered an injury in training, whilst Milos Calic and Nemanja Manojlovic are being forced to isolate after testing positive for Covid-19, and Lazar Zivkovic is suspended for two matches following his sin binning and subsequent banning by the international match review panel committee after an incident in last Sunday’s game.

They bring in Marko Janković and Strahinja Stoiljkovic as replacements.

History, however, is on their side, Serbia and Ukraine having met three times before and the visitors yet to win. They first faced each other ten years ago in Belgrade and then twice in Euro B, in 2014 and 2015, Serbia convincing winners in Uzhhorod last time out.

Serbia head coach Darren Fisher commented: “The Ukrainians look great with the ball and they have a good balance of structure. Our focus is ourselves again for this match, I have had a week with the players now and we have worked on a few extra things. The biggest game awaits us and we must be competitive and prepare to be in for a tough match, it’s all to play for.”

Ukraine will again be looking to the influence of experienced stand off Oleksandr Skorbach, who posted 36 points against Russia with four tries and 12 goals. URLF president Artur Martyrosian noted: “Saturday’s game will decide the winner and which team gets promoted to European Championship A. That would be massive for us and it's our aim. Serbia are a strong opponent and we are preparing for that.”