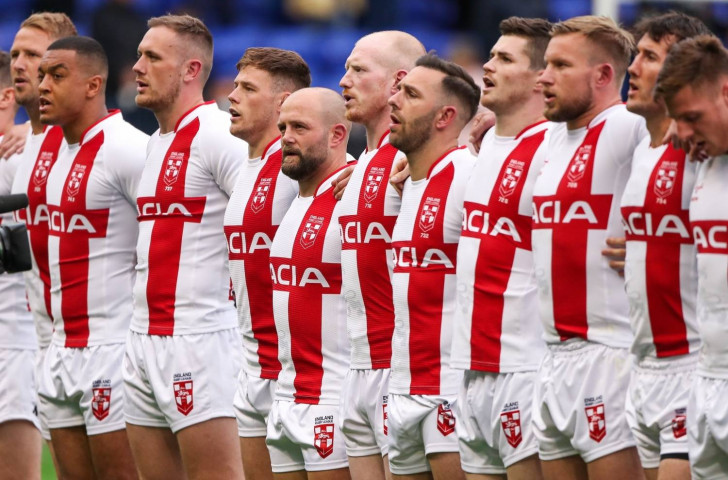 England Head Coach Shaun Wane has today named a 20-man squad for next Saturday’s international against France in Perpignan.

And there’s a first call-up for Hull KR’s former England Academy half-back Jordan Abdull, who caught the eye in 2021 as Rovers made the semi-final stage of Betfred Super League play-offs for the first time in eight years.

25-years old, Abdull missed out on England Knights selection against Jamaica in 2019 due to his wedding, but could make his senior international debut at the Stade Gilbert Brutus, home of the Super League runner-up Catalans Dragons.

Castleford Tigers full-back Niall Evalds, the 2021 Lance Todd Trophy winner in the Betfred Challenge Cup Final at Wembley Stadium, could also be in line for his first full England cap.

The Dragons’ Grand Final conquerors St Helens supply five of the squad, including prop Matty Lees who was in the England Knights team that defeated Jamaica 56-4 at Castleford on Friday night. Another Knight, captain Danny Walker of Warrington Wolves, is also included in the absence of injured teammate Daryl Clark.

Clark is one of several contenders missing through injury, including Catalans Dragons’ England captain and Super League Man of Steel Sam Tomkins, and Wane is also unable to call upon his Australia-based contingent.

England Head Coach Shaun Wane says: "Things are always going to be fluid up to a point with form and injuries, but I’m more than happy that we have the players to get the job done.

"Every player is in on merit and they know what's expected of them. Each one is a credit to their club, they have adapted themselves well at training and bring a very positive mindset.

"There’s no doubt it's going to be tough. Catalans Dragons players dominate the French squad and their fans are fanatical. We’ll work hard in training this week and we’ll be raring to go come game day. The players are ready to do England proud.”