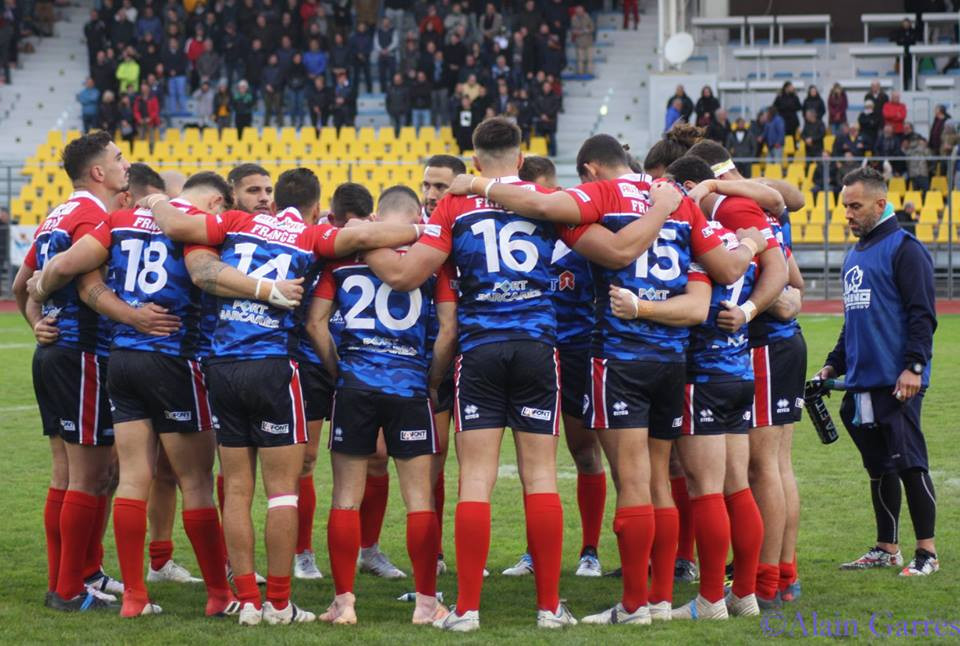 France host England this weekend in an international double-header which sees both nations women's and men's teams clashing in games which will be televised in both countries. The women's game kicks off at 1.00pm local time, with the men following at 3.30pm local time.

England Women Head Coach Craig Richards has named his team to take on France in Perpignan with York City Knights flyer Savannah Andrade set to make her debut at centre after an impressive season which included a memorable hat-trick in the Betfred Women’s Challenge Cup Semi-Final victory over Castleford Tigers.

Emily Rudge will captain the side and become England Women’s all-time appearance leader with 24 caps, after debuting back in 2008 against this weekend’s opponents France.

England Women's Head Coach Craig Richards said: “It is great to have both Savannah and Rachael named to make their international debuts this weekend. Savannah has really worked hard to get herself this opportunity with her performances on the field and her attitude away from it. Rachael has impressed since signing for St Helens and is another player that has adapted really quickly to being in the England set up and has earned her place in the team this weekend. We are looking forward to going out there and testing ourselves against tough opposition in France and continuing to develop ahead of next year’s Rugby League World Cup.”

France Women's Head Coach Vincent Baloup is equally excited about the match “This test is an important step in our preparation for the World Cup" he said. "We gradually built a group, built a game plan and we are already looking to this game to face one of the best nations in the world in England "

Andrew Pilkington (Spain) will take charge of the fixture, his highest profile fixture to date and demonstrates the success of the European Rugby League Match Officials pathway.

Meanwhile, Shaun Wane takes charge of his first International Test Match as England Men's Head Coach this weekend with Wigan Warriors' John Bateman named as captain for the clash in the absence of Sam Tomkins through injury - he is the squad's most experienced player with 16 caps to his name.

Davies, Knowles, McShane and Oledzki all enjoyed their first England experience earlier this year in the mid-season match against the Combined Nations All Stars, while Philbin played in two test matches on Great Britain’s Southern Hemisphere tour in 2019.

Halfback Abdull was shortlisted for the 2021 Steve Prescott Man of Steel award and Evalds was awarded the Lance Todd Trophy (man-of-the-match) for his outstanding performance at full-back during Castleford Tigers’ Challenge Cup Final defeat by St Helens in July.

And hooker Kruise Leeming is one of six of Wane's 17 who were named in this year's Super League Dream Team, while the Eswatini-born hooker also featured for the All-Stars against England earlier in the year.

"We have some outstanding leaders in the team, including John Bateman who'll be captain. I’ve known John since he was a kid, I trust him, I know what he's capable of and he’s strong under pressure. And we have other strong leaders too, like Jonny Lomax in the halves and Mike Cooper in the front row. This is also a chance for the players to put a marker down for the world cup. Some of them haven't featured in an England set up before and I'm really excited for them. Representing your country is a dream and I'm looking forward to seeing what they can do in an England shirt."

The success of Catalans Dragons and Toulouse Olympique in 2021 is reflected in the France team. Despite the unavailability through injury of key forwards Ben Garcia and Julian Bousquet, the Dragons have 10 players in the 20-man squad which has been selected by France coach Laurent Frayssinous - including exciting youngsters Matthieu Laguerre and Arthur Mourgue.

Toulouse have nine members of the squad which has ensured they will join the Dragons in the Betfred Super League in 2022 - including the former Catalans star Tony Gigot, their Australian-born full-back Mark Kheirallah who has long since qualified in residency, and Mathieu Jussaume, one of the stars of their promotion-sealing win against Featherstone.

Morgan Escare, the former Catalans and Wigan full-back who now plays for the Salford Red Devils, completes the 20.

Frayssinous said: "This is a good quality group despite some missing with injury. It combines experience and youth with 10 players who are likely to celebrate their first selection in blue. This Test Match against England is the start of our new planning for the 2022 World Cup and I am confident that we will give the English a challenge."

Ben Casty, named recently as one of France's representatives in the Elite Match Officials squad will referee.