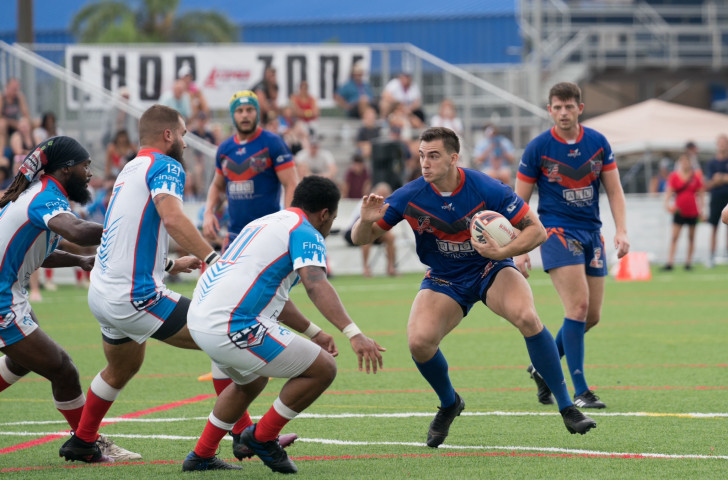 Jacksonville Axemen host Tampa Mayhem for the USARL Championship this Saturday, August 13 (kick off 6.30pm local time). It will be the eighth title game the Axemen have played during their 17 seasons, winning in 2010, ‘12, and ‘18. Tampa are the defending champions after a narrow win against the Axemen in the semi-finals last year and success over the Delaware Black Foxes in the final.
“With the 2020 season cancelled because of the pandemic and last year having its own hiccups, we are back to operating smoothly,” said Axemen co-founder and general manager, Drew Slover. “It’s been great to see the teams in the North getting some games in, and we hope to see them back to full speed in 2023. In the meantime, we are still here to win and there is no better opponent than the Mayhem.”

Tampa Mayhem were founded in 2014 as part of South Eastern Rugby League expansion, and there has been a lot of tension on the field between the two teams this season, with their match ups heated, close games - the Axemen triumphant on both occasions, 16-9 and 36-26

“As the reigning USARL Champions we look forward to running it back with Jax,” noted Billy Neilson, co-owner and general manager of the Mayhem. “We had two really tough games against them this year but just came out on the losing end of both. It’s like 2021 and deja vu, we get to travel up to Jacksonville and hope to turn that around. Coach Dave Ulch has the boys prepared and we will give it our best.”

Axemen coach Sean Rutgerson is pleased with the season so far but understandably cautious about the match against the Mayhem. “I’m glad we made it to the final undefeated and with no injuries and it should be a good match up. Last year we were in the same scenario but I’m hoping we beat Tampa this time who have also been playing well. It’s always tough going against the defending champions.”

The game will take place at the University of North Florida in Jacksonville and will be streamed on the Jacksonville Axemen YouTube channel.