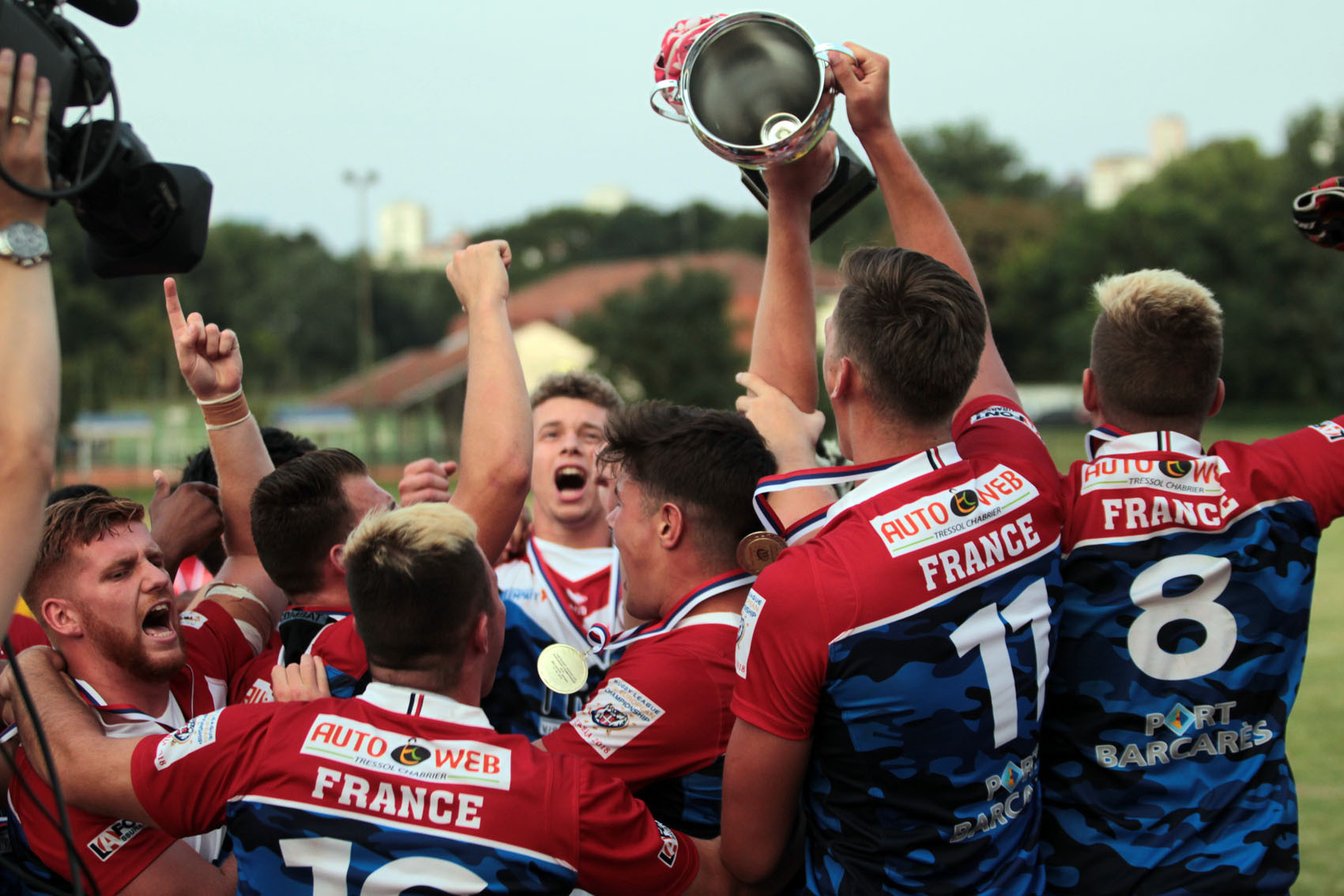 A new format has been confirmed for the European U19s Championship - which will be held at the Pasian Di Prato Stadium near Udine in Italy - following the withdrawal of Scotland.

Scotland Rugby League cited changes in their coaching staff and a lack of player availability at that age group as the reasons behind their decision not to travel. Ukraine are still on schedule to compete despite all the difficulties in their country following the Russian invasion, with their kit now provided by manufacturers Canterbury and Hardgear.

They are, however, still looking to find the necessary funds to cover their costs, with a fundraising link still open for donations: fundraising campaign

Canberra Raiders forward Hudson Young, whose grandmother Valentina moved to Australia with her family after World War II and initially lived in a migrant camp at Greta, a small town near Newcastle where Young was born and raised, has added his support.

“For Ukraine to be able to play in that tournament would be a massive boost for them, considering what is going on over there,” he said. “Giving kids the opportunity to play rugby league and having something to strive for, like the chance to play in a Word Cup, is going to drive them to keep going.”

The event is due to kick off on Saturday September 3 and the seven remaining  nations – defending champions France, England, Ireland, Serbia, Ukraine, Wales and hosts Italy - will now face each other over 20-minute games on the opening day, after which a league table will be compiled.

The teams ranked to 1 to 4 will then proceed to the European Championship semi-finals on Tuesday September 6, with the winners progressing to the final on Saturday 10th, whilst the two losers of the semis will then meet to contest the European Plate, awarded to the third placed team.

The teams ranked from 5 to 7 will play each other twice in 40-minute games, the first round taking place on Tuesday September 6 and the second on Saturday 10th, to determine the final placings with the fifth placed team awarded the European Shield.

“The innovative new format gives each team the opportunity to test itself and could easily lead to some surprises,” said European Rugby League general manager, David Butler. “The nations involved are really excited to try it out and we are anticipating a highly competitive series of matches across the three playing days as well as a terrific experience for those involved, many of whom could be playing in the 2025 World Cup.”

The teams will start arriving in Italy on September 1 and will be staying in the Bella Italia resort at Lignano Sabbiadoro where they will have access to training and recovery facilities.

All games are 20 minutes one way.