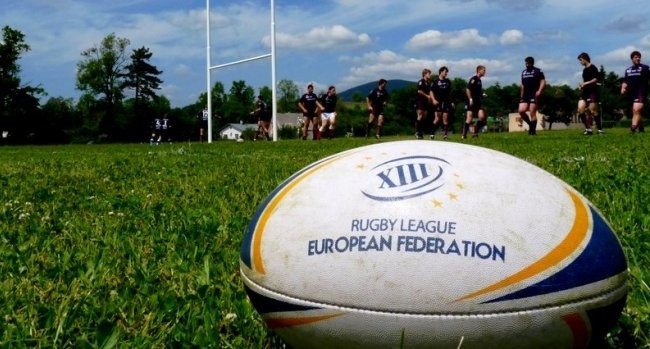 Hungary XIII hosted the Czechs in 2011 but this year’s competition, on 14 July, will see both sides play as official national teams and fighting not only for the silverware but for world ranking points.

The match will be played in the east of the Czech Republic at the Vrchlabi club’s new, purpose-built rugby league facility. The town boasts a record crowd for Czech rugby league for the Moravia v Bohemia ‘Origin’ game last June.

“This year's European Bowl is significant in some important aspects,” commented Czech Rugby League Association president John Anderson. “It is an excellent example of the expansion of our sport in Europe in general, and in particular, for us here in the Czech Republic. To be able to host Hungary on our own pitch, made possible by the hard work of the Mad Squirrels club and the generosity of spirit by the town administration is an excellent achievement.”

Anderson and his colleagues have every reason to be bullish. The CZRLA has more than doubled the amount of competing clubs since last season and expects that all nine will be represented in the national team. The European Bowl will be preceded by at least two preliminary matches, featuring both first and second division teams in a 'Euro Bowl Festival of Rugby League'.

The Hungarians, who only started playing rugby league last year, have had several matches against Serbian club sides and are looking to put in an improved performance on their 16-38 home loss to the Czech’s in the Bowl last year.

“The challenge we face is a mountain at the moment,” said Hungary official Zsolt Habozcki, “but we see a path that leads towards the top. We are at the very start of organising our operations and life over here and are trying to find the path, our path. But, we are up for the challenge against the Czechs.”

The Magyar Bulls will prepare for the tie with the first Hungarian Cup on 7 July. “Staging these events will give us a good push in letting the Hungarian rugby community learn and get involved with the sport,” continued Habozcki.

Next year the Bowl will double as a qualifying tournament for the 2014-15 European Shield.