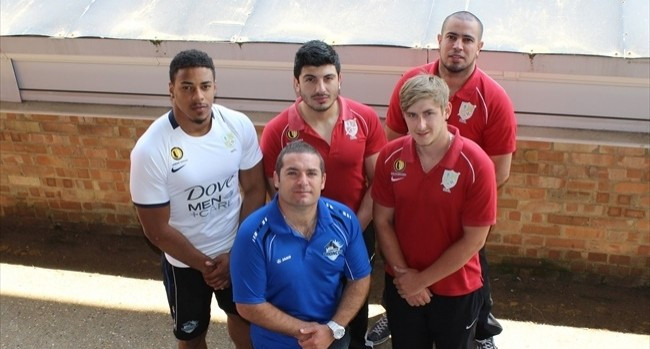 Malta will enter European Championship C this year and their commitments kick off next month when they host Greece at home on June 28. Three weeks later they travel to HavlíÄkÅ¯v Brod for a clash against the Czech Republic.

Malta coach Micallef announced a 42-man squad which includes three Super League players – the others being Widnes Vikings’ Danny Galea and stalwart Jarrod Sammut from Wakefield - one from Washington DC Slayers and the bulk from the Maltese Championship that kicked off in earnest last week when Gozo RL upset last year’s grand finalists Stompers RL in the opening round.

“It's always nice to recognise these players that are doing some amazing things on the highest stage, but we have to look at the bigger picture,” said Micallef. “I've named a squad that recognises a large group of the best of what we have available in our respective leagues, both in Malta and abroad, and it will be down to the 17 that take the field to get the job done, not one or two individual players.”

Wallace debuted for Malta 18 months ago against Denmark when the Maltese recorded a 74-12 win in Copenhagen and said it was an honour he is looking forward to replicating.

“A lot has changed in the time since and obviously now I will have Super League commitments to contend with but I also hope to be in the mix for the Maltese team,” said Wallace who is known to Maltese followers as Magrin.

Joey Grima is one of the men who helped kick off Rugby League in Malta with its first game back in 2005.

“We set out on the cause from a small meeting room in Western Sydney back in 2004 and it’s great that the game is now thriving in Malta. Various teams regularly head over there for training camps and the fruits of Maltese Rugby League are being shown with five players across the NRL and Super League included,” Grima commented.