England Community Lions took the honours in this fixture with a lightning start and dominant finish against the Ireland Club XIII team.

Winger Kelly opened the scoring after five minutes from a fine cut-out pass and England took advantage of good field position and superb interplay to send Sowerby in under the sticks before the first 10 minutes of the game had been played.

Shortly after quick tries to Brock and Badrock, cutting through the Irish defence and the Lions were firing on all cylinders.

Club XIII started to get some field position and were rewarded on 24 minutes with a try to Walsh but the Lions would score next through McShane and Sowerby would get his second, just before half time.

The second half started with the Irish getting a try through some clever individual play from Kenderson.

Oliver went over quickly after this for England but when Walsh ran strongly from 10m out and shortly after the Irish were in the ascendancy and the English were not getting out of their own half.

The Lions stepped up their game and throughout the rest of the half scored five unanswered tries, including completion of a hat-trick for Sowerby and two carbon copy tries for Kelly from outstanding passes from McMahon.

The English finished in the manner they had started, fast flowing, hard running and disciplined build up play with McMahon firing long passes left and right to bypass the Irish defence.

To their credit the Irish defence never gave up and continued to work hard, right up to the final hooter.

An absorbing game and Club XIII can be proud of their efforts. 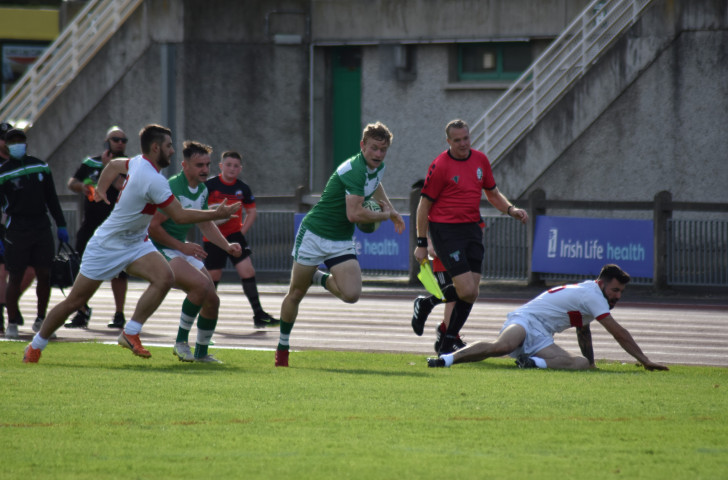