Serbia, in their fifth international of the year at senior and junior level, proved to be too strong for Russia in the opening match of Euro B, the hosts triumphing 66-10 at the City of Paracin Stadium, watched by a crowd of over 500.

The visitors, who have yet to resume domestic competition due to restrictions caused by the pandemic, were understandably caught cold early on with the Serbian defensive line speed and their pace of the play the ball on attack giving them a significant advantage.

“It was a successful run out,” said Fisher. “In only a few sessions with the boys, they’ve responded to everything asked of them and are bringing some passion and pride to what they are doing and why they’re here; I was impressed. We’ll all be good to come back into camp on Tuesday to take on Ukraine next weekend.”

His captain, loose forward Stevan Stevanovic, added: “We came here to play our best game against Russia, we didn’t quite know what to expect and the young boys who came in were really good.”

Experienced Serbian hooker Vladislav Dedic set the tone with two of his side’s opening three tries inside the opening 16 minutes as Serbia built a 38-0 lead by the break, full back Dragan Jankovic – who injured his leg in scoring and played no further part - and all of the home three-quarter line also crossing in the first period as they sought to spread the ball at every opportunity.

Dmitrii Strukov posted Russia’s first points in the 52nd minute and they ended with the final try through hooker Sergei Sazonov, but they lost second rower Zakir Prizniakov early with concussion and a suspected broken rib.

Their captain, stand off Andrei Zdobnikov, noted: “It was tough for us today, Serbia improve every year but, after this experience, I think we will be better for our game with Ukraine on Wednesday in Belgrade. Our players will further benefit when the Russian Championship is able to restart.” 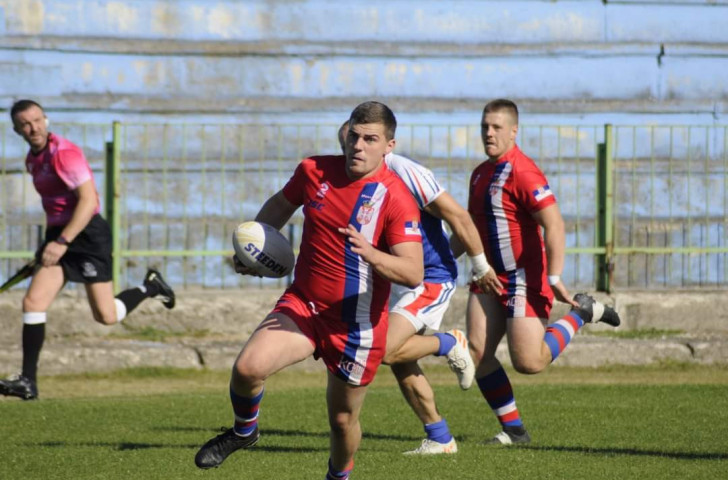