Ukraine will face Serbia back at the FC Heroj Polet Stadium in Belgrade on Saturday (kick off 2pm CET) in a winner-tales-all clash to decide promotion from Euro B. Ukraine head the table after their 96-18 thrashing of Russia in game two, Kharkiv Legion XIII stand off Oleksandr Skorbach the star, contributing 38 points from four tries and 13 goals in a match played in a strong wind.

Ukraine, whose players have just completed their domestic competition and looked sharp and strong, raced into a 30-0 lead inside the opening 25 minutes, Russia hitting back to score three times before the break - RLC Locomotive’s Ivan Vabishchevich with a try and two goals - to go in trailing 36-18.

But the second half was all one-way traffic, Anatolii Hrankovskyi, wingers Danylo Kozak and Taras Kolisnyk, Evhenii Trusov and Orest Adamyk from the bench all claiming try doubles out of a total of 18 Ukraine touchdowns.

UFRL president, Artur Martyrosian, said: “We have had our domestic championship and that really helped us with our preparation. One of the aims of our strategy is to build the international side on the back of that so this result is very important to us. We are really looking forward to playing Serbia to decide the championship.”

Roman Ovchinnikov, Russia head coach, noted:  “It’s a good lesson for us, we haven’t played rugby league since 2018 and it is extremely tough to play two games in four days. Our domestic competition begins again next month and we will rebuild.” 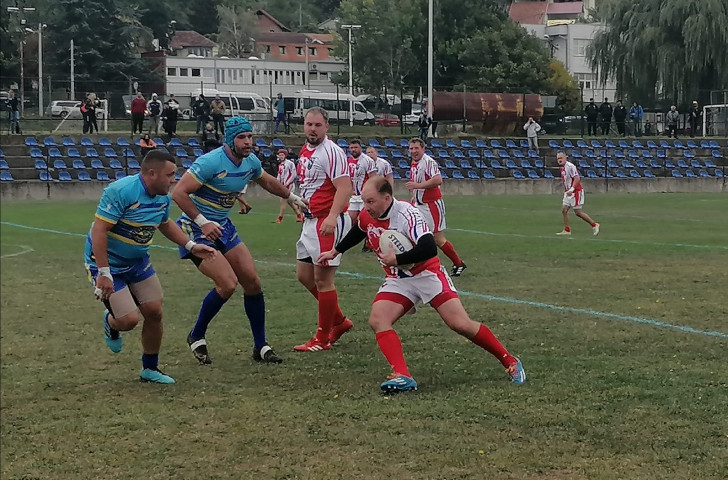