The Netherlands warmed up for their upcoming Euro D campaign by taking home the Griffin Cup after a glorious win over Germany.

Joran Schoemaker scored a hat-trick as the Dutch ran in 12 tries on a warm afternoon in Dusseldorf in front of a small, but vocal crowd.

It was the third time in a row the Dutch had won the cup, having won by two points icn September last year, and was the biggest win against Germany in any competition.

The boys in Oranje scored early when after regaining possession from the kick off, the Dutch captain Paul Dirkzwager scored from dummy half, followed quickly by Schoemaker’s first of the day,

Although Mawuli Amefia scored from 20 metres out to reduce the arrears for Germany, it proved merely a respite for the Dutch, who were enjoying long periods of possession and were completing sets with great regularity.

Eventually, the pressure told and after debutant Isaac Ngirubiu went over in the corner, the tries began to come in with more regularity and the Dutch lead extended further.

Germany fought hard and were rewarded with tries from Aare Heinrichsen and Christophe Ngondi, but the day belonged to the Netherlands and to their star centre Schoemaker, who scored two tries in quick succession to take the score past 40.

“Dusseldorf is closer for some of our players than they have travelled for training so we are fortunate to have the ability to play international fixtures nearby.

“The format of the game, playing in three 30 minute periods has allowed us to field more players and we’ve been able to whittle the squad down to the final 20 who will board the plane to Turkey for Euro D next week.”

RLD president Bob Doughton said: "Congratulations to the Dutch lads who were sharper and more coordinated than us.

“Considering that our guys have only had two matches this year, some of them one match, we are happy with the occasions that we put the Dutch team under pressure.

“Our weakness was that too many new people were inexperienced in defensive structure.

“We will work on that during our forthcoming training weekend and come back stronger.

“Our commitment was 100 percent. Going forward the efforts will be focussed on increasing the amount of domestic activity which takes place in Germany to give us a firmer foundation to build from.” 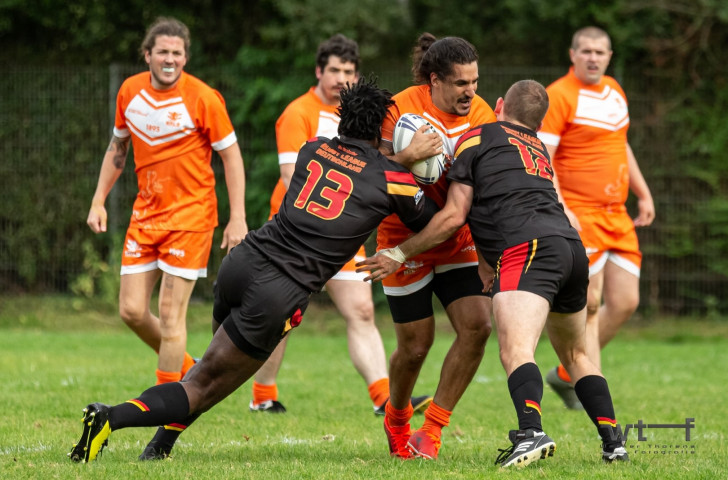