A youthful looking England Knights side were in rampant form as they overcame Jamaica 4-56 in Jordan Turner’s Testimonial Fixture at Castleford’s Mend-A-Hose Jungle.

Jack Broadbent, Aaron Smith and Matty Ashton notched doubles while Danny Walker, Will Pryce, Ellis Longstaff and Connor Wrench were also on the scoresheet for Paul Anderson’s side. Ben Jones-Bishop scored Jamaica’s only try of the evening.

Broadbent opened the scoring early on as he snatched the ball out of mid-air and raced 90 metres for the Knights. Hooker Danny Walker soon darted over to further England’s lead.

Jamaica would hit back thanks to Jones-Bishop but their joy was short-lived as a blistering turn of pace from halfback Pryce saw England take back control.

Aaron Smith burrowed his way over before the break to ensure the Knights went into the interval with a 20-point lead.

The Knights would force a Jamaican error immediately from kick-off for the second half with Broadbent pouncing to score his second of the evening.

Pryce turned provider for the Knights’ next effort as his deft grubber kick was inch-perfect for an onrushing Longstaff.

Warrington Wolves fullback Ashton would help the Knights continue their dominance midway through the second half as he scored twice in two minutes, both efforts coming from neat breaks from deep.

Smith would once again dive over from close-range before Wrench’s dancing feet rounded off the scoring in the closing moments. 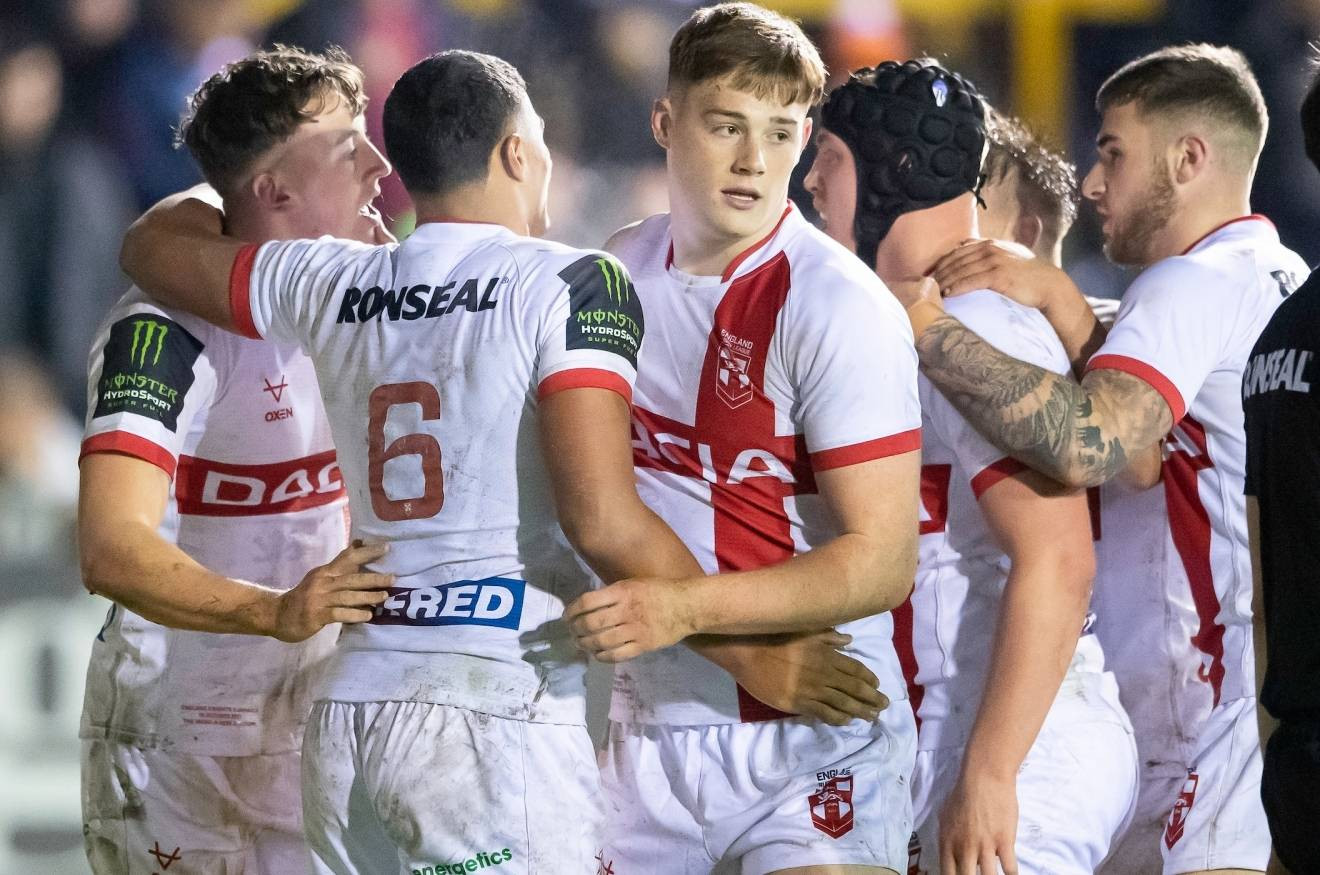