Wales claimed their second Celtic scalp in the last of their two autumn internationals after beating Scotland 70-34 in Wrexham.

Stephen Halsey took just 30 seconds to give Wales the lead, converting his own try.

Straight away, John Willans levelled things with a try and goal of his own.

Jones, Halsey and Preece were all close to scoring from the next attack before Preece finally grounded. Halsey converted.

Scotland hit back on the 20-minute mark when Willans scored in the corner. Michael Mellon converted well.

Wales addressed the balance when Roberts scored her second try of the day. Halsey converted, then claimed his try hat-trick from the next play.

Scotland again fought back as Willans claimed his hat-trick but Preece scored and converted for Wales seconds later.

Ryan Mellon was over next for Scotland with a try on his debut, but again Michael, his father, couldn’t convert.

But Wales had the last say in the first half with a Jones try that Preece improved to put the half-time score onto 46-20.

It was a tighter second half, especially thanks to Scotland, who defended superbly on their line, Halsey being denied an early fourth try at the death.

Michael Mellon opened the second half scoring with a sixth minute try, adding another seven minutes later. Both went unconverted.

It took 22 second-half minutes for Wales to get over the line. Co-captain Preece joining his compatriot Halsey with a hat-trick and Halsey converting.

Williams raced over for the next try to put Wales out of sight, with Halsey again adding the extras.

Wales nearly got over the 60 mark on 70 minutes, but Mason Baker was denied a first international try after receiving a forward pass.

Their opponents took advantage and from the next set, Calum Young raced through for a Scottish consolation that Michael Mellon converted.

With five minutes to go, Wales were back on the board when their only debutant Ricki Davies celebrated his first international cap with a try in the corner. Halsey knocked over his sixth goal to regain Wales’ 30-point lead.

And it was just that Halsey would create the final try for Preece, who picked up his co-captain’s skilful punch. Baker converted to cement the win. 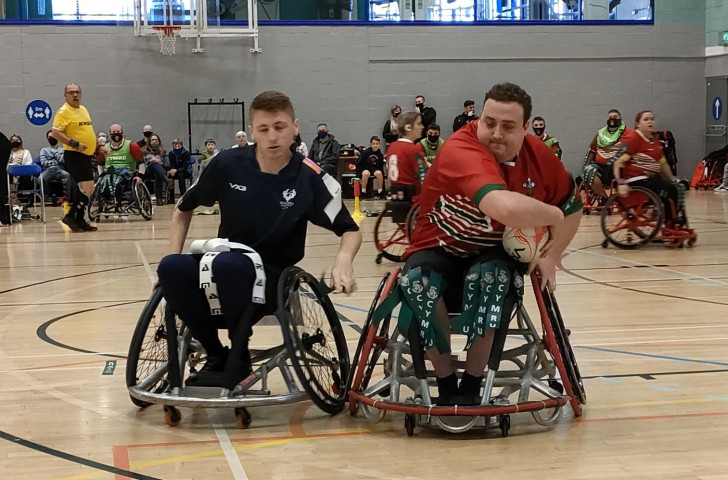