A bright start from both sides playing fast paced rugby saw England take advantage of good field position, using their power in the middle to punch holes near the line and were rewarded with a great cut out pass that put winger Gibson in the corner to give them an early score.

England’s pack size was causing Ireland issues and the scoring continued through Grainey, Ennis and Darby. Ireland managed to halt the scoring but with the first 40 minutes drawing to a close England managed to score through Nash, after the hooter had sounded, through some quick hands.

The second half was a much more even affair with both sides refusing to budge, until livewire hooker Openshaw went over after 52 minutes. Ireland finally got some reward for their effort in the 56th minute when McKiernan barged his way over. England struck back immediately with a try for the barnstorming McCurrie.

The game tightened up again and the only score in the remaining twenty minutes came five minutes from time and to Ireland as Lynch went over from short range.

Late in the game things got feisty, so much so that referee Fiona McConn had to speak with both captains. This, however, did not do the trick and shortly after the players came together again and McConn was left with no choice but to dismiss Ireland’s John White and England’s Jonny Openshaw for fighting.

The game finished shortly afterwards and both teams can take positives from a highly enjoyable game. 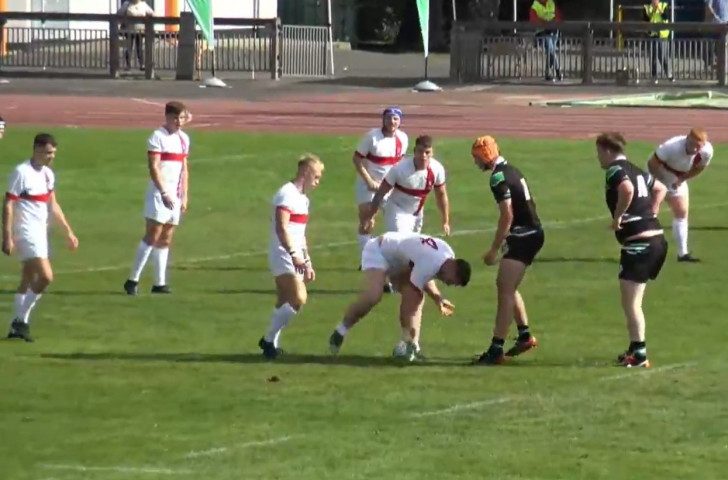