Wales were crowned Women’s European Championship B North winners after a resounding 44-4 win over Ireland at Donnybrook Stadium, Dublin.

The Welsh posted eight tries, two each to centre Rosie Carr and full back Leanne Burnell in an emphatic second half performance.

“As a team we’re building each game, improving and hitting our targets, so I’m very pleased with the performance,” said Wales head coach Tom Brindle. “We’ve a few players who were playing their last game so it’s good for them go out with a win. As a group of staff we’ll reflect on this campaign and put a plan in place for the Rugby League World Cup qualifiers next year, and hopefully one that takes us to France in 2025.”

Ireland made the breakthrough after three minutes when loose forward Ali Coleman forced her way over on the left, Wales levelling after some excellent work by Carys Marsh who put Fern Davies into a gap, and from the ensuing play the ball quick thinking by Eleri Michael resulted in Amberley Ruck going over.

Wales began to make good metres and six minutes later they took the lead when the outstanding Burnell ran back a kick that caused chaos in the home defence and ended with a try to Rosie Carr. Ireland were then dealt a bitter blow when Charlie Willet, making a tackle, injured her knee ligaments and the game was briefly halted while she was treated.

Just before the break, an outstanding flat pass from scrum half Rhiannon Parker put Rosie Carr through for her a second try, Kathryn Salter adding her second goal to extend the gap to twelve points.

From the kick off to the second half that was extended, the Welsh moving the ball left for Charlie Mundy crash over and with scoreboard pressure against them, Ireland tried to run on last tackle plays, tamely turning the ball over.

Just before the hour Burnell grabbed a fine solo try from 30 metres, Ferne Davies and Briony King then setting up a play back on the inside for Lauren Aitken to crash over, taking two defenders with her. Their final score came five minutes from time, when Burnell added her second with a scything run through the Irish defence.

Ireland head coach John Whalley was understandably downbeat, but recognised the strides that the women’s game has taken there in a short space of time. “Congratulations to Wales on the Championship win, they were outstanding and full credit to them,” he said. “The girls are disappointed, but this is our first year together as a squad and we’ve come a long way. We’ll be working hard to rectify some of the things that have gone wrong and get ourselves ready for World Cup qualifying next year.”

The final game of the Women’s Euro B South competition, already won by Greece, takes place between Serbia and Turkey on Saturday 25 November in Belgrade. 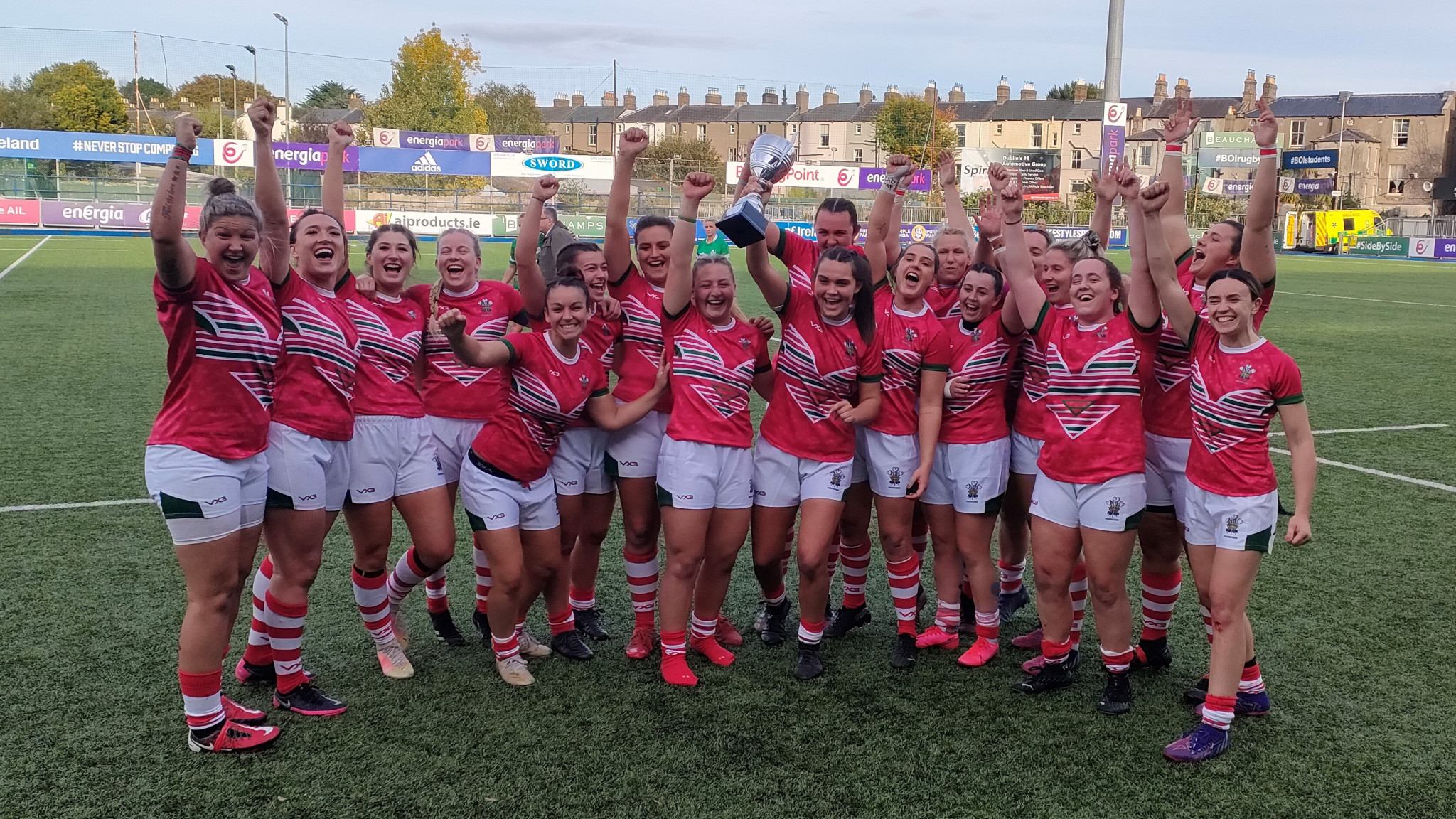