A 28-0 victory over Serbia in front of over 400 fans at the Gorytsa Stadium, Aspropygos in Athens - following on from their 8-4 triumph in Turkey - saw Greece women win the inaugural Euro B southern group title. The hosts scored six tries, two in six minutes at the start of the second half to Attica Rhinos’ stand off Antonia Voikli taking the game away from the Serbs.

“To beat Serbia and become Euro B South champions was beyond our wildest dream when we brought the squad together a few months ago,” said Greece women’s coach Stuart McLennan. “Our success is a credit to the players and everyone involved. We expected Serbia to give us a physical encounter and they didn’t disappoint, we thank them for coming to Athens. Our supporters were fantastic and were our inspiration.”

Winger Velissaria Koutsioumpa, who scored both of Greece’s tries in Istanbul, opened the scoring in the eighth minute, Kleopatra Velmachou – who converted her own effort - also going over before half time to make it 10-0 at the break.

Greece finished strongly with two touchdowns in the final nine minutes, centre Styliani Markou and Aspasia Stavrianou, whose sister Magdelini played at full back, the other try scorers. Greece captain, Ourania Koutsikou, added: “We said when we first met up that we were going to work hard, try and improve and our aim was to win both games. We made it as a team and we are hungry for more. The qualifiers for the 2025 World Cup is our next chapter and we will give it our best.”

Two of the Serbia players were taken to hospital, one with concussion and the other a leg injury but, after scans, both were released for the journey home. “The game was tough for us, most of our players were debutants but it was a great experience,” said SRL director, Radoslav Novakovic. “For long periods we showed that we can play very good rugby league and in the future we will do better.”

The final group match between Serbia and Turkey is scheduled to take place at the end of November. 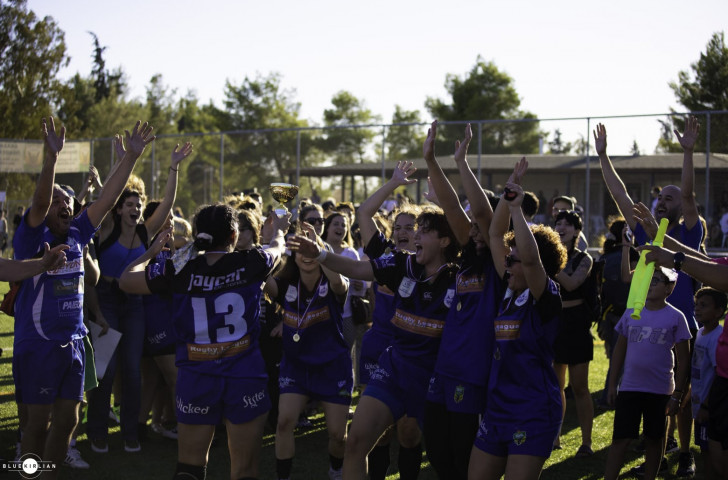