Holders France will take on England on Saturday in the final of the European U19s Championship, after both were comprehensive winners in their semis. Eric Anselme’s young Tricolors beat surprise package Ukraine 62-7 whilst England triumphed 56-8 against Wales, in the heat at the Pasian di Prato Stadium in Udine, Italy.

Matthieu Garrigues, winger Kylian Benavent, Thibault Marty and Louis Grossemy from the bench all scored try doubles for the French who got off to a blistering start with six touchdowns in the opening 26 minutes. “We knew it was going to be tough and we had to impose ourselves from the start,” said Anselme. “If we began well and worked hard, we felt that we would have the advantage. We managed to keep our concentration and did a good job.”

Davyd Zazimko showed supreme pace, scorching 90 metres to score between the posts to open Ukraine’s account on the stroke of half time and was denied another long range effort in the second, Vitalii Romanov’s drop goal delighting the crowd on the hour mark. 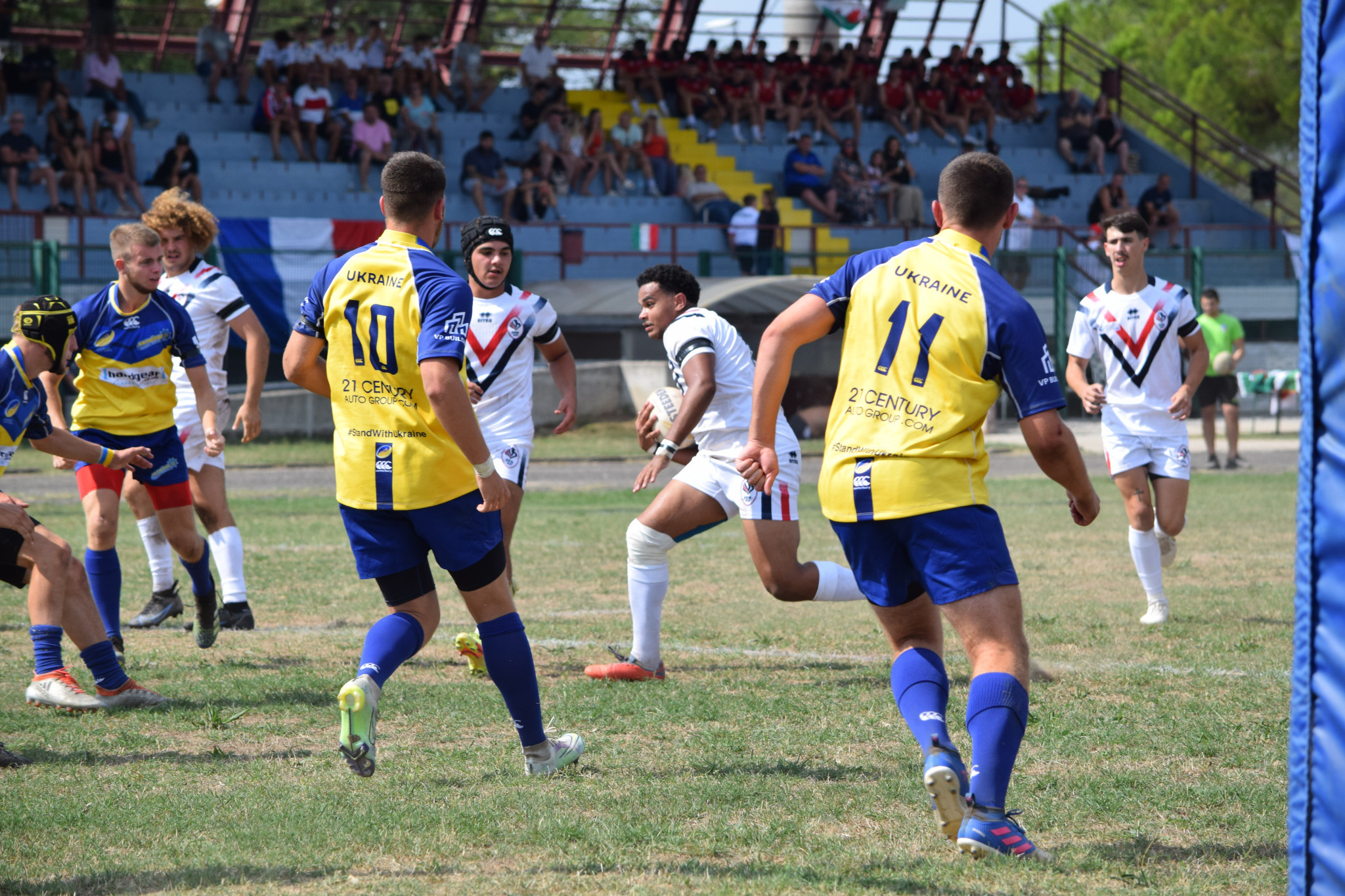