England pulled off a dramatic victory, defeating holders France 14-12 in the European U19s Championship at the Pasian di Prato Stadium in Udine, Italy, coming back from being 8-0 down at the break. The win was immediately dedicated to assistant coach Gary McMahon, who tragically passed away when with the squad last weekend.

Winger Noah Lancellot claimed two tries as part of the fightback, England head coach Allan Coleman, who stands down now, understandably emotional and full of praise for his charges. “I’m so proud of everybody, players, staff - all who has been part of what we wanted to achieve,” he said.

“Our message at half time was let’s leave everything out there, give it all we’ve got, no regrets  and I’m lost for words; Gary was behind everything we did. A number of these players will go on and sign professional from this, I have no doubt of that.”

In a fiery encounter as the light faded, Justin Tropis opened the scoring for the French with a fine long range effort, Thomas Monclus missing the conversion but adding two penalties before the break, both sides having a player sinbinned in the opening forty for late challenges.

England had two tries disallowed, winger Andy Djeukam couldn’t beat the touchline in the first half and his replacement Harvey Oldroyd was also ruled out in the second, but Lancelott did find space on the opposite wing for his double just after the hour, one a spectacular dive into the corner.

England’s improved defensive effort, enthusiasm in contact and territorial advantage throughout the second half unsettled the French and Oldroyd finished another superb left to right move in the corner to move them ahead. French centre Arthur Salles went over five minutes from time, but Monclus missed the conversion that could have taken it to golden point. 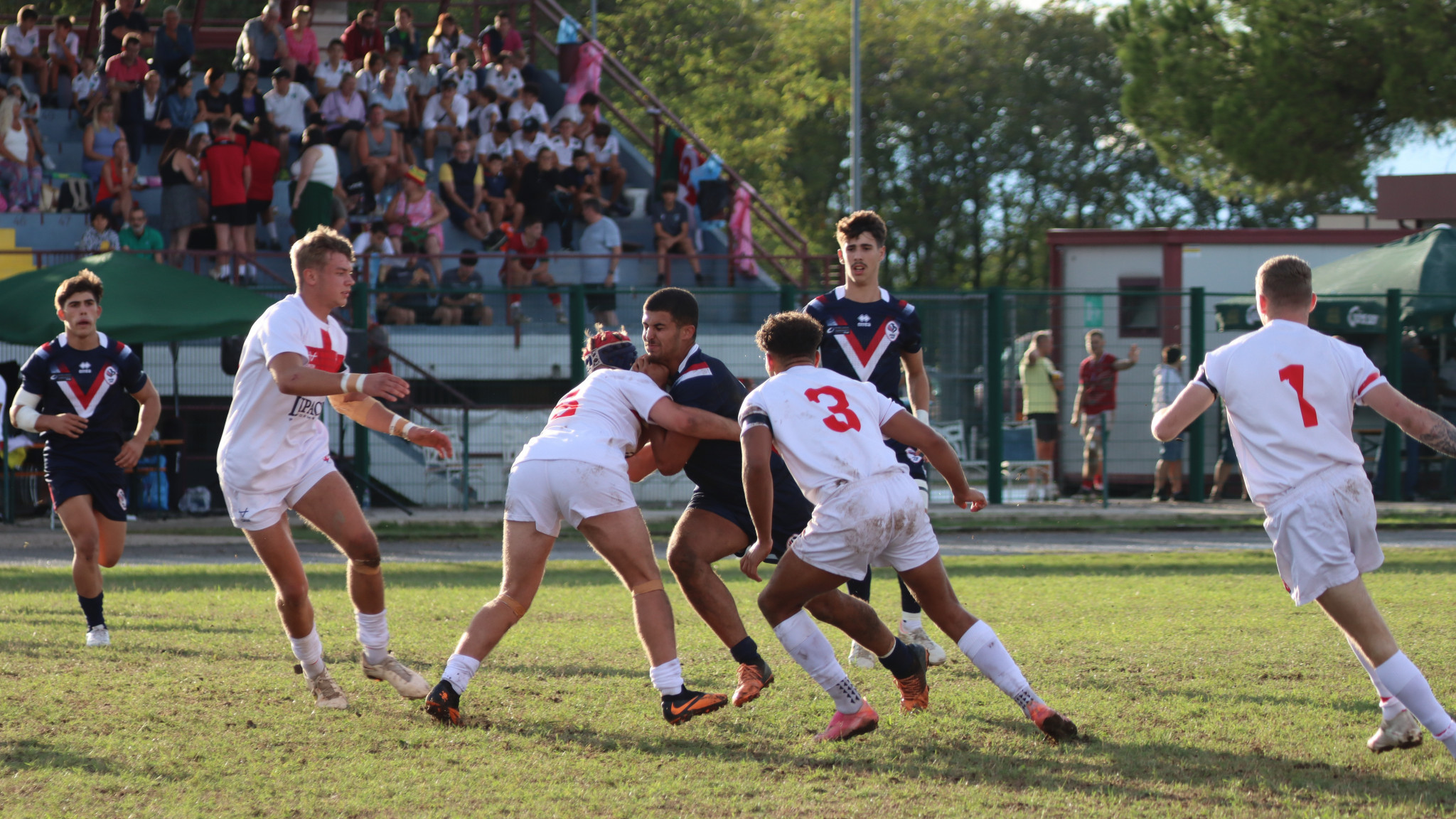