EUROPEAN CUP GROUP 1
It was cold, wet and windy at Terenure in Dublin on Saturday afternoon. As a ferocious wind whipped across the field it took with it not only the autumn leaves but also Ireland's hopes of progressing to the European Cup final. As the rain pelted down, it was Wales who looked the more comfortable side in these torrid conditions. Within three minutes Wales were working the ball with great finesse, a swift dummy switch by Bryn Powell saw him change the point of attack and capitalise on a two man overlap on the right side of play. Lee Briers found Anthony Blackwood who touched down five metres in from touch, with Briers converting. Virtually from the kickoff, Ireland were under serious pressure, affording too much space to the elusive Lee Briers. Despite the horrible conditions Wales were not shy about using the kicking game, and it was on seven minutes when their efforts paid off as a neat chip through the Irish defence by Adam Hughes saw winger Richard Johnston touch down. Again Briers was successful with the conversion. After ten minutes of play Ireland were 12-0 down.

Indeed it was Wales who once again brought it to Ireland, who were looking slightly shell-shocked with the intensity at which the Welsh forwards were playing the game. Ireland managed to get possession after Wales kicked on their final phase of play. Ireland were forced to run the ball from deep inside their own half. Paul McNicholas, the big Irish second row carried the ball with great skill and managed to gain 15 metres on one break, the ball was then worked to Terry O'Connor who aided by Big Barrie McDermott put Ireland firmly on the front foot working deep into Welsh territory, before Marty Gambles tried a chip through but Wales were there to collect and immediately turned the pressure back on the Irish defence. After several decent phases Wales found themselves 10 metres out from the try line, then up stepped that man Briers to add a superb drop-goal; 13-0 with 20 minutes gone.

From the restart Wales pounded through the Irish line with prop David Mills making the hard yards. The ball was quickly recycled and centre Adam Hughes popped up to score Wales' next try right in the corner. Even for the wonderful Briers the windy conditions meant the conversion would drift slightly wide. Going into the final minutes of the first half, Ireland had managed to string together several phases and looked on a number of occasions like reaching the line, but to their credit, Wales held firm and one could sense Ireland's frustration was building when a scrum erupted, the result was Ireland's skipper Terry O'Connor got a 10 minute spell in the bin. Briers was on hand to punish the Irish indiscipline when he slotted home a penalty to leave the scores 19-0 in favour of the visitors going into the interval.

Ireland coach Daryl Powell must have had strong words with his men at half time because they returned for the second half charged and within one minute of the restart it was winger Michael Platt who capitalised on a great left to right move and scored 3 metres from touch, Handforth missed the conversion. Ireland had their tails up and powerful runs from Gareth Haggerty and Terry O'Connor saw the home side begin to play deep in the oppositions half, however Wales respond with a score of their own this time as centre Anthony Blackwood popped up to score his second of the afternoon. At 25-4 down Ireland knew they had it all to do going into the final quarter of the game.

Irish indiscipline once again crept into the game when on 70 minutes Welsh hooker Ian Watson tried a chip and chase but an Irish defender was deemed to have deliberately obstructed Watson on the chase and the referee awarded a penalty try and Briers made no mistake with the conversion. The scores were 31-4 going into the last ten minutes but the Irish never gave up the fight. Several good phases of Irish play were eventually rewarded when Francis Cummings scored on 79 minutes, Paul Handforth had the final kick of the game with his conversion which was successful.

Despite the disappointing end to the campaign for Ireland, coach Daryl Powell remained up-beat: "Wales out played us and took their chances, and you have to give them credit for that. We are still fairly positive about building a successful squad for the world cup. In this campaign we blooded eight new players from the amateur game in Ireland, each of those guys have huge potential for the future and they have shown they are well able to hold their own in the professional arena."

Wales coach Martin Hall was absolutely delighted with how his side performed. Speaking after the game he said "we started well and stuck to our game-plan. We knew we would be up against but the boys done the basics right and that's what won us the game today. Lee Briers was outstanding he used his calming influence to kept the flow and intensity of the game right up there. It was a great team effort by everyone involved. Players and management gelled and pulled together and we are looking forward to playing France in the final." 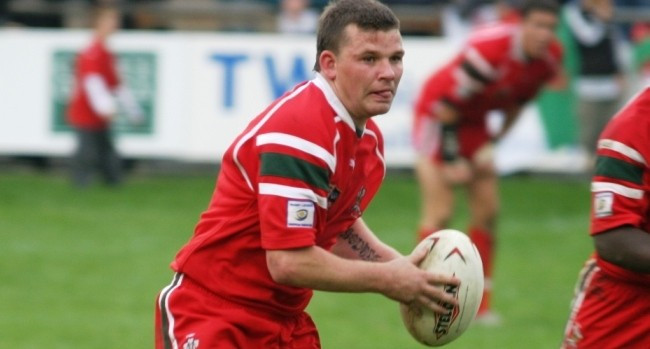