NORDIC CUP - GAME 1
Sweden lost their opening Nordic Cup match to Denmark XIII, losing 52-18 in Gothenburg on Saturday. Denmark XIII, a polyglot team of different nationalities fielded by the formative Danmark RL, possessed the influential figure of Silas Mubanda-Tenywa, who scored five tries, including four in a devastating first half.

The Sweden squad included seven new caps, and found itself down 24-6 at the interval. Alexander Rappenstad almost scored a try for the home side upon the resumption of hostilities, but dropped the ball over the line. When Denmark XIII scored again the game was over as a contest.

"It was not the best day at the office for Sweden, but we need to look at the positives," said coach Scott Edwards. "We scored three tries and were unlucky not to have three more. We had seven new caps, showing that interest in league is increasing. Also, while the score line may not show it, I was impressed with our defence close to the try line. We lost focus in the middle of the field and that cost us, but when Denmark were camped on our line, they found it very difficult to get through."

Sweden visits Norway on 17 September, with Norway’s visit to Denmark on 2 October closing out the series which has yet to see a winner following Sweden and Norway’s 20-20 draw in the inaugural event, last year.~ 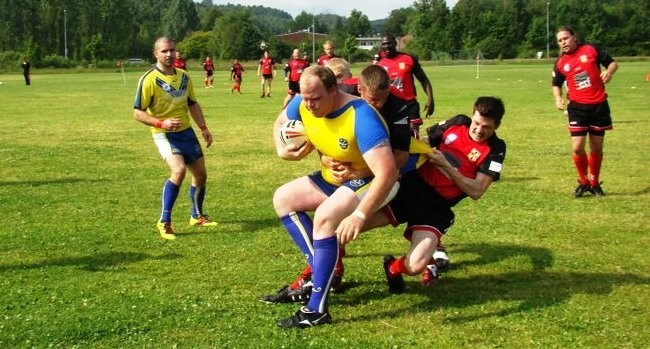