Norway arrived to the pitch for their first clash in the 2012 Nordic Cup unsure how the Swedes would be after they copped a crushing defeat from Denmark back in April, but having a more than full strength line-up to face them.

Norway were first to score after just 6 minutes when they scored outwide through Andreas Bjugn, and just 5 minutes after they were in again this time on the other side of the field through fullback Nils Haigh taking them out to a 10 nil lead in as many minutes.

Sweden had a few chances to cross the line but seemed to lose their way just before crossing and then Norway pounced on a loose ball and took it 100 metres up the field in one set to take the score to 16-0. Sweden finally got on the board in the 25th minute but then Norway crossed twice more through hooker Kristoffer Milligan and centre Fredrik Skovly to give them a comfortable 28-4 halftime lead.

In the second half the Swedes seemed to grow in confidence and were after they scored their second bring it to 28 -10 and were looking good for a second half comeback, until Norway scored another 2 more tries halfway through the second half to put the match beyond reach of the luckless Swedes, although this did not deter them from throwing everything at the Norwegians with a remarkable 18 tackles on the Norwegian line but unfortunately like most of the day the last pass just wouldn't stick for Sweden and they couldn't improve on the final score of 36-10.

Sweden coach Scott Edwards said after the match "The guys had only really come together a few days ago so it was always going to be tough, but they did themselves proud and hopefully they can continue on this good work and build the game further in the future".

Norway Head Coach Matt South said: "We were good in patches, but our fitness is a big problem and the guys need to start getting a better attitude towards training or we will never be able to compete with the higher ranked nations, and if we can't do that what's the use of playing rep footy? I want to be the best I can be and I would expect all our players to be feeling the same way."

Norway XIII will now take on Denmark XIII next Saturday August 4th in Oslo where the winner of this match will be crowned Nordic Cup champions. Kick off is at 3pm at Bislett Stadion. 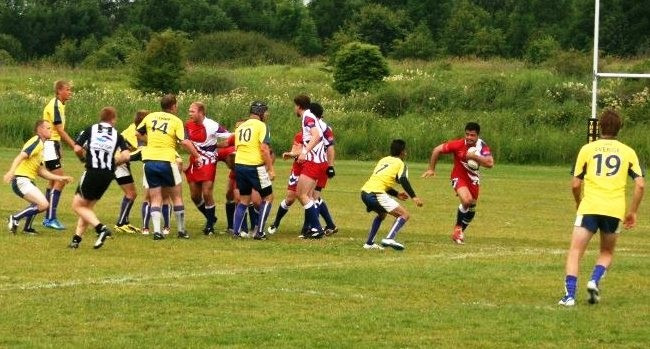