In the second game of the opening round double header, England hit Ireland with a devastating opening blitz of three quick tries from Daniel Whitmore, skipper Sam Gee and full back Darren Fletcher, all converted by Chris Tuson.

The Irish got back into the game courtesy of a try from Davis Johnson; man of the match Chris Forster tagging on the conversion to leave the half time score 18-6.

The Emerald Isle levelled at the beginning of the second half with well crafted touchdowns from Adam Wilson and Forster who again added both conversions. England responded and secured victory with two converted tries from Gareth Knowles and Adam Rudd.

The Irish kept the tension alive when they crossed again in the last minute through their captain, loose forward Tyrone McCarthy.

Delighted Tournament Director Jean Eric Ducuing of the French RL Federation commented: “This was a fantastic advert for Rugby League and a great opening to the European Championship”.

RLEF Development Officer Kevin Rudd added, “This promises to be a fantastic event and will hopefully pave the way for other future European age group Championships” 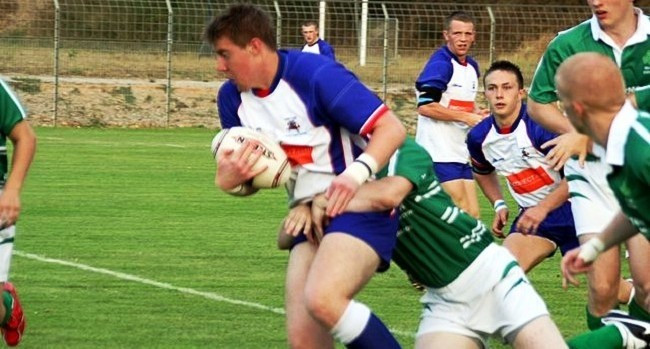