In a historic day, the Netherlands & Belgium met for the first time on a scorching Saturday afternoon in Delft, in between The Hague and Rotterdam. Although Belgium briefly had an active rugby league operation in 2008 and 2009 the country has never before fielded a national team according to international regulations.

Belgium took the spoils in an evenly contested match which was locked at 6-all at the break. Cameroonian-born centre Idriss Tioguim scored Belgium’s historic first ever try in the fourth minute, while his opposite number, Frank Kraal, levelled matters on 24 minutes for a Dutch side fielding 10 debutants.

Netherlands coach Jason Bruygoms said, ”It was a great day for rugby league in our part of the world, with two neighboring & developing nations helping each other grow. On the day Belgium were more hungry for the win and too many basic mistakes were made by the Dutch, but we will go away from this match with eyes wide open as we move toward building from the experience”.

The match was preceded by an under-21 exhibition game, won 16-14 by the Dutch. 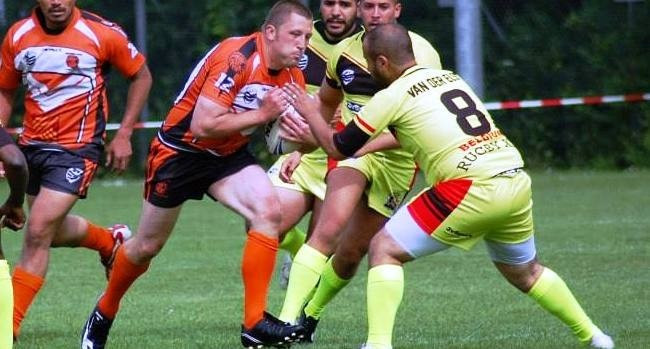