A hat trick from full back Andrew Muscat was the highlight as Malta made it one win from two in European Championship C, beating the Czech Republic 34-8 at the Tis Rugby League Field, Havlickuv Brod.

A crowd of over 300 saw the hosts take the lead in the seventh minute, Czech captain Petr Šedina kicking a penalty. Muscat countered that with his first try, Sam Keep goaling while Šedina was off the field having running blood-bin repairs.

The Czechs had a try ruled out on the half hour, Malta immediately capitalizing with Muscat’s second touchdown, Keep adding the conversion. Muscat then turned try-saver, hauling down JiÅ™í Suchopár on the try line after he had broken clear from half way.

Three tries in the opening ten minutes of the second half gave the visitors the ascendancy, Christian Briffa with a brace sandwiching Muscat’s third, Malta skipper Chris Parker and Matthew Mizzi prominent as the lead built to 28-2.

The Czech’s then enjoyed their best spell and were rewarded in the 67th minute when Suchopár scored following a great break and offload by Pavel Zemánek.  Malta, with their greater experience, finished strongly, Parker sending in second rower Mizzi and landing the goal. 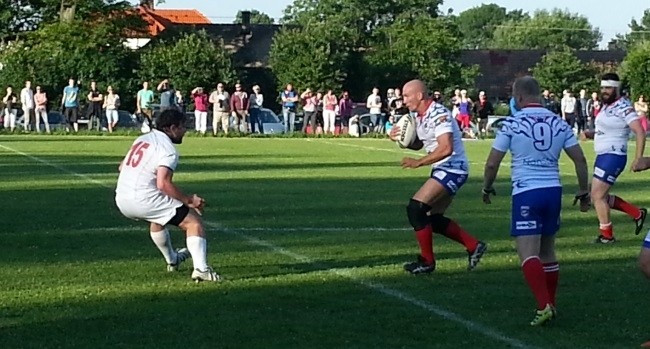