The Czech Republic registered only its second ever win at full international level, defeating Belgium 14-4 in Tis and levelling the two-match series one-all following their 50-12 defeat in Brussels in April.  The Czechs fielded eight debutants but relied on veteran hooker Petr Sedina who scored a try and kicked three goals.

Belgian Rugby League Association boss Yves Kazadi said, "It was a great confrontation.  We were please to finish the international season. Unluckily for us Czech Republic were more prepared. We had the opportunity to test some new local players and they responded to the challenge."

Belgian indiscipline gave the Czechs a couple of penalties which led to good field position. Sedina (pictured) burst through the Belgian defence to score the opening points, converting his own try. On 36 minutes Sedina was adjudged to have been held up over the try line after another period of pressure by the Czechs but the 35-year-old added a penalty goal a minute before the break to give the home side an 8-0 advantage.

Belgium started the second half with attacking intent and a superb pass by Bryan Amerlynck set up Zakaria Zoubir, who missed the conversion. More Czech pressure then resulted in a try on debut for Pavel Mikeska. The Mikulov Roosters winger was set up in the corner by Surrey Sharks prop Jiri Novak. On 58 minutes another line-break by Michal Pecha on his home ground was stopped by a high tackle, Sedina kicking the resulting penalty.

Young Czech coach Ladislav Cintler was pleased with his side’s discipline and organisation wihc contributed to the victory against a side ranked 12 places higher in the world rankings. His young players stood up well, none more so than man-of-the-match Filip-Daniel Kitttle. The 17-year-old Teplice Dragons wing made several line-breaks and was strong in defence.

"We are delighted with the win against such formidable opponents," said Cintler, who took over from David Lahr this year. "We prepared well for this one with a large train-on squad so the late withdrawals of players didn't affect us as much as it has in the past."

The Czech Republic's only previous full international victory was against Germany in 2009. (Two victories in European Championship C in 2011 and 2012 were against Hungary XIII.) 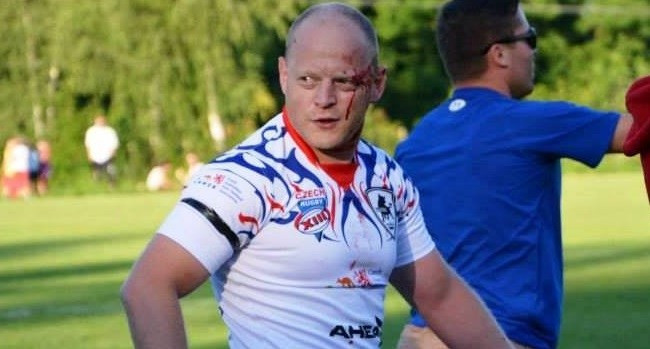