Belgium followed up its convincing 50-12 win against the Czech Republic with an equally devastating performance in the Netherlands, registering 10 tries to Holland's two.

Coach Tony Benson made five changes to the side that played against the Czechs. Yann Bertrand added two tries to the hat-trick he scored two weeks ago while stand-off Yvan Leroyer, taking over the kicking duties from injured Marc Paree, kicked all ten conversion attempts for a personal 20-point haul. Captain Josquin Dewinne said: "It was a hard battle and the score does not reflect the pride and the physicality of each tackle from both teams. Play ing against Holland is always special and we thank them for the tough challenge."

The victory was Belgium's third consecutive win against their neighbours in three years. They next play in England, against Malta on 21 June, and finish their international campaign in the Czech Republic on 3 October. 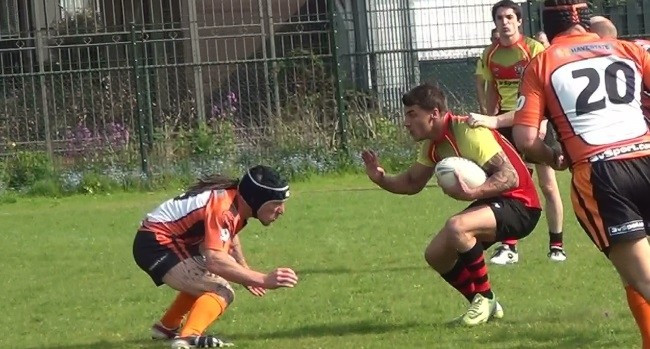