Current Nordic Cup holders Norway ran in eight tries – including a brace each to Stephen Mwikaria and Ole Magnus Brekk, who also kicked three goals – as they defeated Sweden 38-18 at the Bislett Stadium, Oslo.

Norway coach Dave Hunter, commented: “It was great to get our representative season underway with a good win.  We fell asleep after the break and let Sweden back into the game, hopefully the players will learn from this and stay focused throughout the whole 80 minutes.

“I'm extremely proud of our four debutants, they did the jersey proud. Our props were great, Sjur Strand and man of the match Mathias Vada Stenseth-Holm set a great platform for our halves to work off and our bench provided impact when needed.”

Norway skipper Kristoffer Milligan added: “It was a really good experience for us and I am very happy we came out on top against a valiant Swedish team. The game showed us that we have a lot of work to do before we can compete with the better teams, but it also showed us that the team has great promise. There are some really talented, young Norwegians coming through. The players are working hard to become better and I think we have a bright future ahead of us.

“One of the biggest differences I saw in the team this time was the morale and spirit. In previous games we have had a tendency to drop our heads when the opposition scores. This time we saw a 15 minute onslaught from the Swedes, which brought them three tries. Instead of giving up the team pulled together, dug deep and ended up cracking our opposition and putting on a good score.”

Ten different clubs provided players for the Norway squad. “Now we need to go back to our clubs and keep working hard, the job is never done and we need to make sure everyone on the team knows that,” added Milligan.

For the Swedes, excellent stand off Chris Ah Lam posted a hat trick. 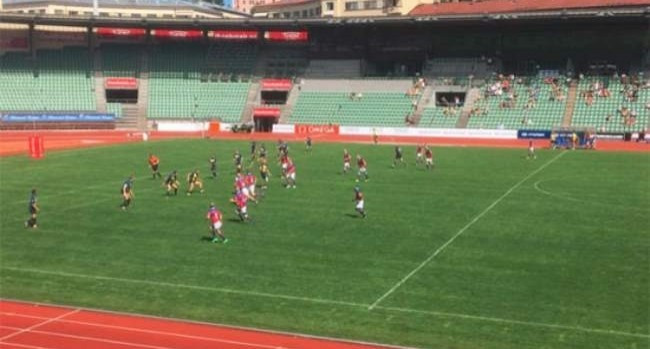