Norway won the Nordic Cup with their first ever win over Denmark in Denmark, a tremendous effort highlighted by three well-taken tries from Stephen Mwikaria.

Norway withstood an early onslaught from Denmark, with Kalvik and Flage especially mighty in defence, and found a way through the Danish defensive line with the first of Mwikaria’s tries, as he burst through from an incisive pass by Milligan to run clear and score.

Denmark battled hard and Simmonds found his way through the Norwegian line on two occasions to score, but it was Norway’s day and their supporters joined the players in celebrating after the final whistle.

Norway coach Dave Hunter said: "This was a great win from my players! It was the first time we've beaten the Danes in Denmark. Five years ago, we blooded a lot of inexperienced young players. We lost a lot of games, but now it is paying off. Our preparation was excellent: The guys turned up with a fantastic attitude and played with great heart. I could not have asked for more from them". 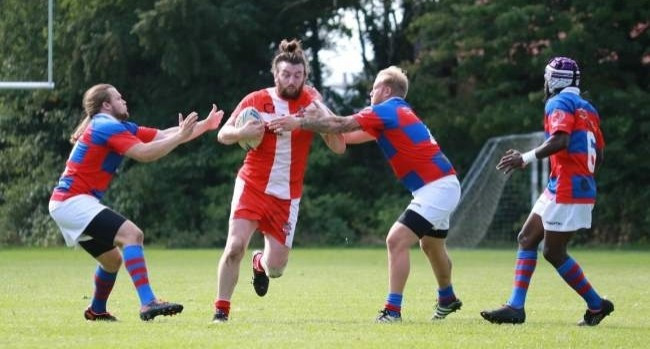