Holland won successive matches for the first time in its history on Saturday, defeating the visiting Swedes 28-24 in Amsterdam. Both teams scored early try but the Dutch eventually built a healthy lead of 22-12 by half time. Sweden fought back in the second half but Holland managed to remain in front to register a famous victory in the first Test between the two sides.

Dutch national coach Kane Krlic said: “We are ecstatic to go two wins from two games this international programme, in our first meeting of this year, the coaching staff set the task to the players to go undefeated and they passed with flying colours.

“I actually thought we were pretty poor today but I think that highlights the development in the players, in years gone by the boys would have collapsed but despite a number of adverse situations the guys pulled through and found a way of winning. All 22 players that have been a part of this year’s international squad should be proud of their accomplishments, not just by getting the first win in 11 years but having back to back wins. We still have a long way to go to get to where we want to be but this is a step in the right direction.

“Sweden should also be complimented on their performance, in the second half their pivots really took control of the game and started to cause us a lot of problems all over the field and for us it was just about finding a way of getting over the finish line.”

Nederlandse Rugby League Bond Development officer Jason Bruygoms added, “This year has been an eventful year for us where we have achieved a lot of goals that we have set for ourselves such as affiliate membership of the RLEF, both the Harderwijk Dolphins & the Rotterdam Pitbulls both now have active youth programs running, a four-team domestic competition and just to top it off, two from two wins for the national squad. The bottom up approach the NRLB decided to take many years ago is now starting to pay off.” 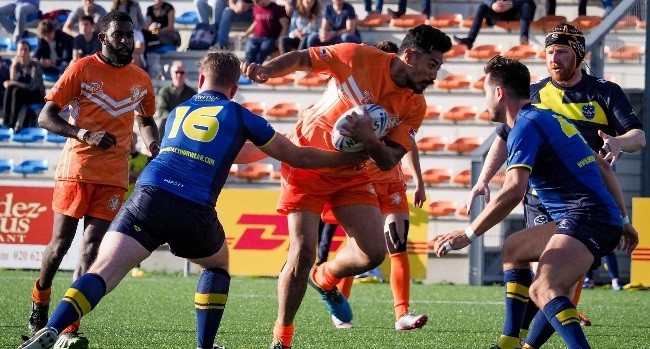