The Balkan Championships saw history created by Bulgaria as they made their full international debut, taking on an experienced Greek side in the opening game of the tournament.

Greece, who entered the championships aiming to defend the crown they won in 2014, dominated the proceedings from the beginning, showing the progress made in the domestic game in Greece and taking advantage of the relative inexperience of the Bulgarian side.

After holding out for nearly 10 minutes, the Bulgarian defence was breached by a storming run and finish from Ioannis Nake. This started a steady stream of tries from a potent Greek attack, which found gaps in the Bulgarian defensive line over and over again, with Alvaro Yota in particular enjoying plenty of space to score two tries in six minutes.

Greece lead 38-0 at Half-time and started off the second half in much the same vein as Aris Daroamanis scored almost directly from the kick-off, a Try which seemed to signal the start of a Greek onslaught.

Bulgaria were down, but not out, and raised the roof when Milen Nikolov scored his country’s first ever international Try with a sudden turn of pace that took him clear of the chasing Greek defence and over in the corner.

Despite this and a second Try 13 minutes later, these Tries were mere consolations as the Greeks began the defence of their Balkan Championship with four more well-taken tries to leave the final score Greece 68 Bulgaria 8 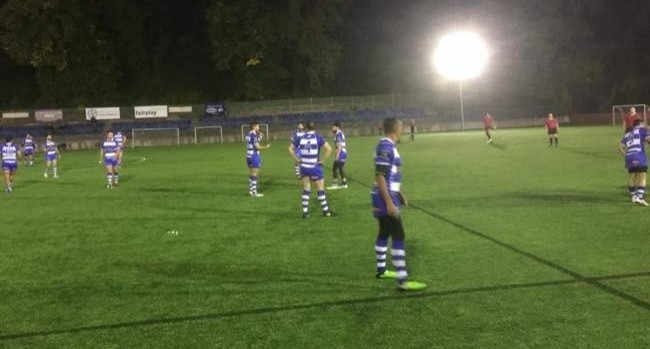