In front of the audience of Club Marconi, the historic home of the Italian sports community in Australia (see the Marconi Stallions Football Club, founded in 1956 by Italians), Malta and Italy played out a thrilling draw.

Italy started the game with seven debutants against a Malta time rising up the game. Malta, 19th in the RLIF ranking and runners-up in second place in European Championship C behind Spain, dominated the initial stages of the game, pushing a lot on the accelerator, managing field and possession. The more cynical the Blues, the better to exploit every hole allowed by the Maltese and make themselves dangerous.

Malta scored first through a well-taken Kyle Cassel try, with Aiden Glanville adding the extras at the beginning of his perfect kicking day. Italy responded with Campagnolo outpacing the Maltese defence off a smart Parata pass, as Bergamasco landed the first of his four kicks for the day, and then took full authority of the game, running in tries from Walker and Ricard Parata before Half-time for an 18-6 score to Italy.

Despite the Half-time deficit, Malta came out of the dressing room fired up and began to batter the Italian defence with wave after wave of attacking play, creating half chances and pinning the Italians back in their own half. They finally made their possession tell with Tyler Cassel and Brodie Vassallo exposing holes in the Italian defence to put Malta ahead after successful conversions by Glanville.

An upset victory seemed on the cards as Malta Captain Jake Attard raced clear to score under the posts, with another perfect kick by Glanville, but Parata, enjoying a memorable international debut, took a pass from Susino and jinked his way to the line to score a well-received try, with Bergamasco popping over a pressure kick to level the scores up.

Both teams tried to find a way to score a winning try, but all efforts proved futile and the game ended in an honourable 24-24 draw.

Malta Captain Jake Attard praised his opponents: "It was a very tight match. I also thank all my fellow members and the organization for having put all of this up and allowed us to honour the shirt. Congratulations to Italy for the performance, it is a very good team"

Gioele Celerino enjoyed the moment and his international debut: "I'm very happy to be here. Memories and experiences of this kind are very important and will help the development of the rugby league in our country. This kind of match is just crazy and I hope one day the rugby league can become one of the most important and popular sports in Italy. " 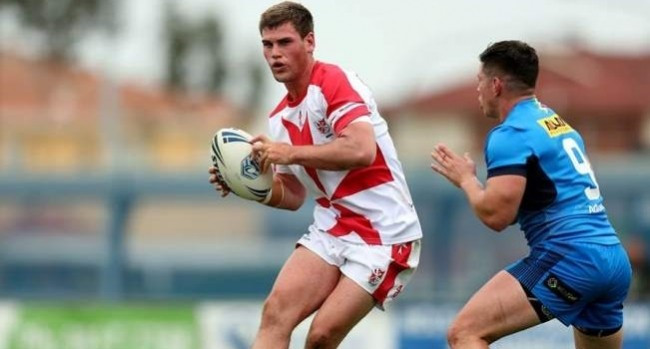