Ireland again kept their opponents to one try in a match played in teeming rain in Santry near Dublin, victory earning them a higher ranking in the main World Cup draw at the end of the month, both nations having already booked their passage to England in 2021.

Ireland head coach Stuart Littler noted: “We spoke before the tournament that the first objective was to qualify and then that we wanted to win the group, and put our best foot forward in building some momentum over the next two years leading up to the World Cup.

“We’ve got a young, exciting side that really didn’t look troubled today, irrespective of the weather. With James Mulvaney on debut, we had more domestic players than the rules required and are trying to build something.”

On a boggy pitch, Ireland got off to a flyer when skipper Bob Beswick cut up the middle and an inside pass gave prop Pat Moran the opportunity to open the scoring.

Roland Podesta converted but from the restart Ireland knocked on and Italy utilised the greasy conditions to grubber through for excellent hooker Joseph Tramantana to dive on the ball, Jack Campagnolo wide with the conversion attempt.

Beswick was again the provider, this time for George King going over low between the posts and, when Italy kicked out on the full from the resumption, Joe Keyes sent Moran barrelling through for his second try.

Not surprisingly as the rain worsened, both sides struggled to hold the ball and gave away penalties, the hosts having a further try disallowed for a forward pass, Ethan Ryan then gaining a goal line drop out but without reward.

With conditions worsening at the start of the second half and possession a premium in the wet, the Wolfhounds forced a second drop out but knocked on from it.

Italy had a god spell but that was undone in the 52nd minute when captain Brendan Santi was sin binned for dissent, Ireland losing the ball over the line as they tried to capitalise, nor benefitting from a Keyes 40/20.

Late on, the hosts were awarded a penalty in front of the posts for holding down but chose to run the ball spilling a wide pass, however, from the scrum the Azzurri put the ball behind Emanuele Passera and Gregg McNally pounced to register the first score of the second half.

Podesta landed a superb conversion from wide out, making it 11 successful kicks in succession during the qualifiers.

In the final stages, Ireland worked down the pitch and Keyes added a field goal to embellish the win.

“We took this as seriously as the Spanish game, whether we’d qualified or not,” Italy head coach Leo Epifania said. “We set a standard for ourselves and it was another courageous defensive effort.”

In the curtain raiser, an Ireland Clubs XIII were defeated 26-14 by the England Community Lions U23s. 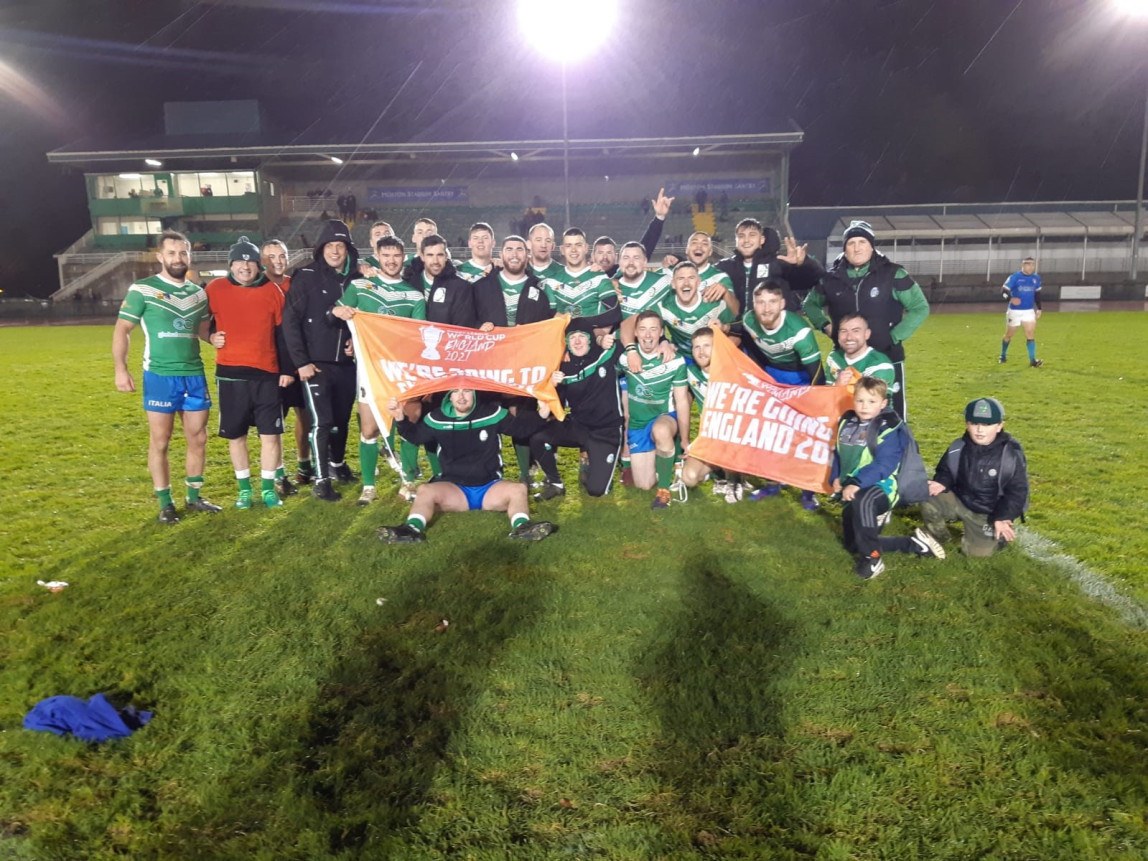