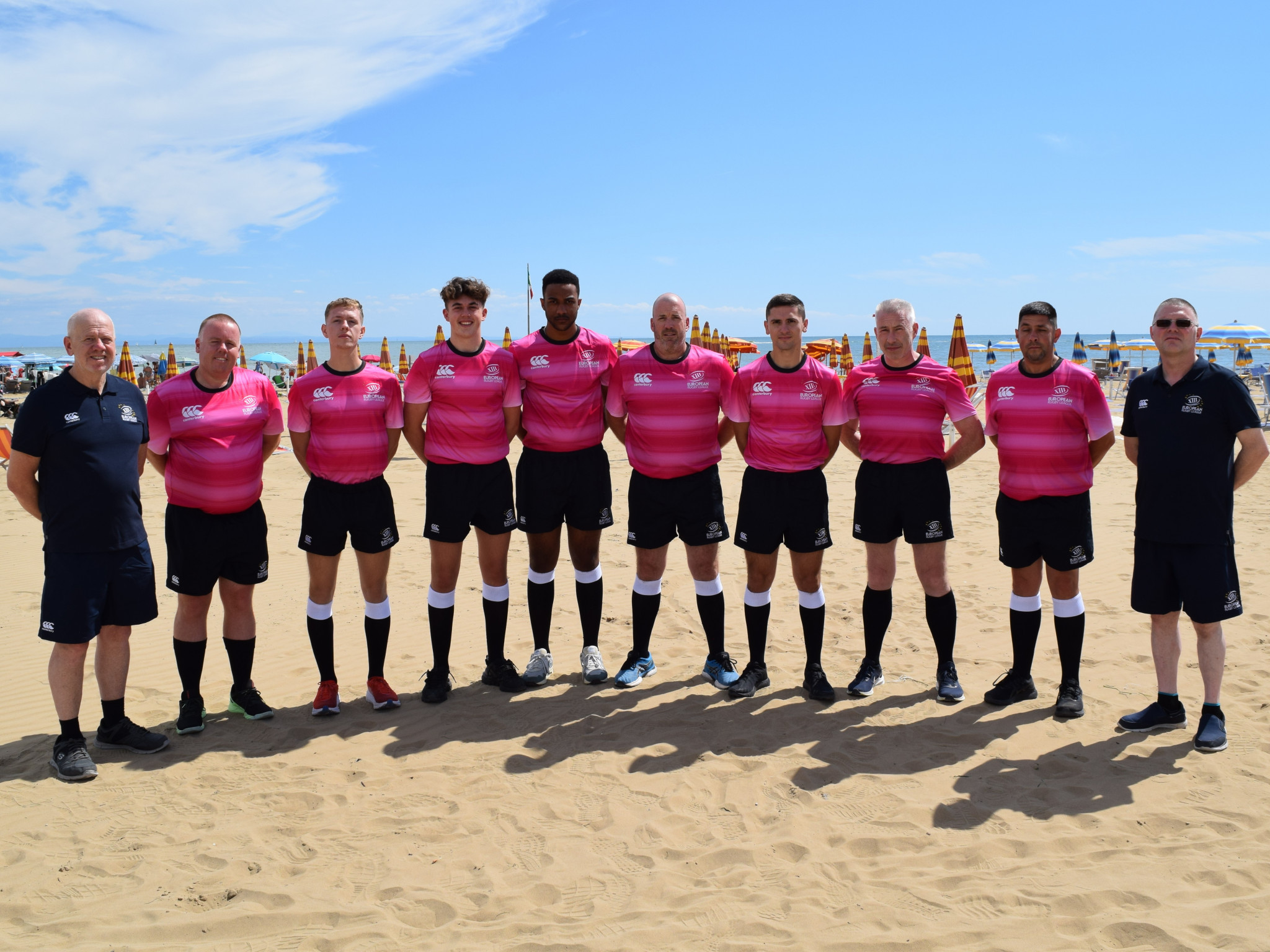 The European Rugby League U19s Championships kicks off tomorrow (Saturday, at 11am local time) in the Italian city of Udine, with all seven competing nations facing each other in 20 minute games throughout the day, the first fixture being between hosts Italy and current champions France.

Taking charge will be a squad of eight match officials representing five ERL member nations. Aaryn Golding Belafonte, Matthew Lynn (England), Enzo Peyre (France), James Spencer, Eamonn Whelan (Ireland), Jostein Ryan (Norway), Kristoff Young and Rob Apsee (Wales) have been chose by ERL match officials lead Tom Mather, in partnership with the national federations. They will spend the 10 days of the tournament in camp to develop and learn from one another and for those not already on senior international panels to stake a claim to a place for the future.

The match officials squads will be overseen by Phil Smith (England) and Steve Hogan (Ireland) who are both experienced MO educators having volunteered their time for European Rugby League over several years.

“We’re delighted that we can offer the opportunity to the team of officials over the course of the week and I am grateful to them for all for giving up their time. That extends to Phil and Steve who have spent many hours planning and will spend numerous more during the tournament working with the squad” said ERL general manager, David Butler. “The U19s Championship is a great opportunity for them to develop and learn on an international stage and there are many success stories of referees who have officiated at previous such events and gone on to major occasions. We look forward to seeing this group progress.”

Fans will be able to watch all the action live via streams available on the largest online Rugby community in Italy at the following link: https://www.nprugby.it/campionato-europeo-rugby-league-under-19-diretta-streaming/