Red Star prop forward Slobodan Manak scored the brace in opening ten minutes, followed by Stefan NikoliÄ‡, who extended the lead after quarter of an hour. Full back Milan IliÄ‡ got on the scoreboard for the first time on 19th minute. One of the only four capped players in the lineup, NikoliÄ‡ marked the come back to national team with another try on 23th minute.

Five minutes later, winger Aleksandar RadovanoviÄ‡ crossed after solo effort and Milan ÄŒobanoviÄ‡ added the last try of the first half. It took seven minutes of the second half for IliÄ‡ to score his second try. Captain Vladislav DediÄ‡ spoiled his perfect record from the first half.  In the next half an hour, Hungary's performance was improving, but Serbian defence was unsolvable puzzle for the “Bulls”. Serbia reached half-century three minutes before the final whistle, when Djordje Gak posted final score as DediÄ‡ missed for the second time from nine kicks.

Serbian head coach JankoviÄ‡ turns his mind to the final game: “After three official matches and five warm-up or trial games, we finally had the chance to hand full international caps for many players who already experienced a taste of international rugby at various junior or student ranks. I’m completely satisfied with the first half and even in the second half our defence was consistent and brave. I will rely on some of these boys for the final game as we lost our captain (VukanoviÄ‡) due to injury (against Italy), while NikoliÄ‡ and Ä†aliÄ‡ are overseas.

"We now look for another test, which should be a more serious one. It is always interesting to play against teams which have players from the nation where rugby league is the most popular sport. As we always repeat, our task is to show that development based on domestic players is hard but feasible and that we can be competitive. The game against Greece will be very tough, they are good and ambitious team and they are great opportunity for us to see where we are at the moment.” 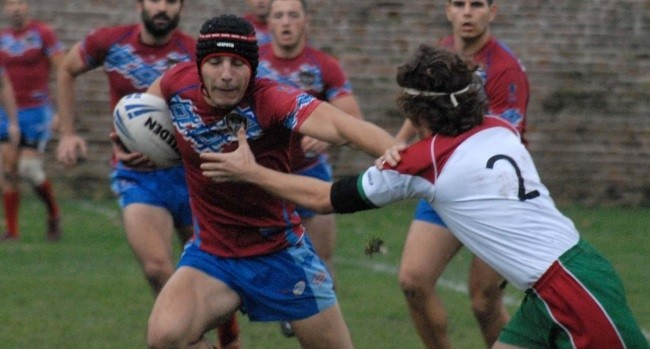