The Hungarian National Rugby League Team, the Magyar Bulls, played their first ever Test Match outside the continent of Europe.

Hungary played Uruguay, in what was the first ever Rugby League Test Match for them as well.

The game started as a close encounter, with Hungary crashing over for their first try after 15 minutes, followed by a 2nd try shortly after. Following this, Hungary spent numerous sets of 6 defending their goal line, but after several straight defensive sets of six, were able to regain possession without conceding a try. Hungary scored 2 more tries before half time to go into the break with a 28-0 lead.

The second half started much the same as the first half, with neither team scoring in the opening exchanges, but much like the first half, the Hungarians finished the last 20 minutes much stronger, scoring numerous tries, both long and short range and eventually running our 50 – 4 winners.

The win against Uruguay marks Hungary’s ever Rugby League Test Match win. Making the win even more special were the number of brothers playing in the Hungarian National Team, which should surely be a Guinness World Record.

Starting for the Hungarians were the 4 Farkas brothers, Nathan, Jared, Dávid and Aaron who made up the 1, 6, 7 and 9 for Hungary. On the left edge, Chris and Martin Schneider as Centre and Wing, and on the right edge, Stephen and Ryan Németh as the right Centre and Wing.

In another record, Max Feast made his International debut off the bench for Hungary. The talented young half may now hold the world record for the youngest ever Rugby League Test player at the age of 16 years and 23 days old. 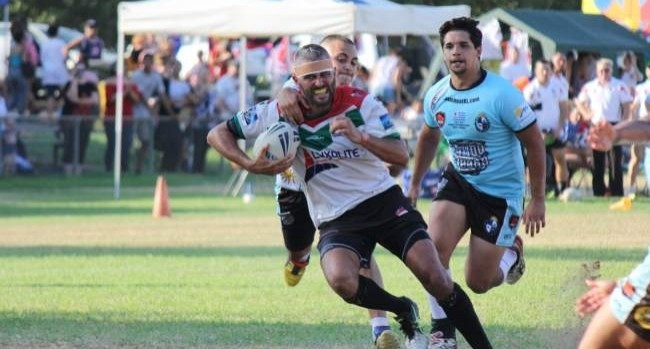