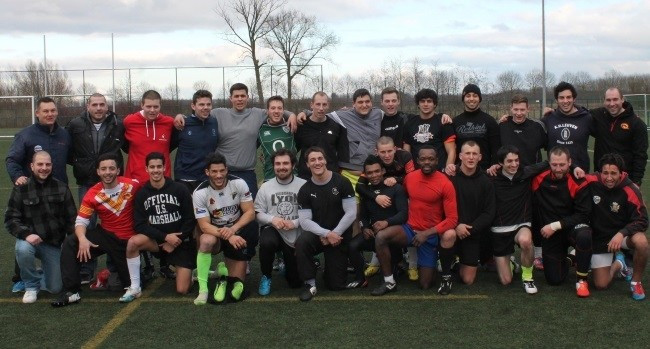 Belgium’s top rugby league players have held their first training camp with newly installed sport director Tony Benson in Brussels. The former Leigh, Oldham and Oxford coach joined forces with the burgeoning Belgium operation in November and will this year try to mould the country’s best players into an effective national side as well as mentoring the new coaches who are active at club and, predominantly, school level.

“The objective of the testing day was to assess the ability of each squad member to ascertain their levels in strength, speed, agility, fitness, skills and decision making,” said Benson. It was important to understand where we are to assist in putting together an accurate programme to ensure we are prepared as best we can for the busy international program ahead.”

The Belgian Rugby League Association is planning four full internationals this year. It has already announced an eye-catching match against Malta at Headingly, Leeds, on 21 June, confirmed a match in the Netherlands on 2 May and is poised to announce another home and away series in the coming days.

“I was very impressed with the levels we achieved in all areas and I would rate the day spent together as a huge success for the squad as I could feel us come together as a tight group in a very short time,” continued Benson. “I was also delighted with the enthusiasm shown by the players and the level we are starting from exceeds my initial expectations. We will now continue to meet on a regular basis for training and games.”