Sweden missed out on a chance to win the Nordic Cup after being caught out early on by their Scandinavian neighbours Norway in Stockholm.

Sweden came into the game with high expectations, but were slow out of the blocks against a determined Norwegian team and found themselves 10-0 down after only nine minutes, thanks to two long range tries from Stephen Mwikaria.

Being down so early left the hosts with a huge task and they were unable to respond until Chris Ah-Lam found himself enough room to barge over to reduce their arrears after 22 minutes.

Both sides then began to battle and force chances in front of a passionate crowd. This led to tempers flaring up and some indiscipline to come in, with Maake Fakaosifolau spending 10 minutes in the sinbin for a clumsy high tackle. This came between Norway extending their lead through a converted Jørgen Schmidt try and Sweden again fighting back with a well taken try from Sam Cammell.

The extra man proved enough for Norway to extend their lead further after a line break and sprint to the line saw Reidar Flage go over.

Norway lead 20-12 at the break, but couldn’t shake off the Swedish threat at the beginning of the second half when, now back up to the full complement after Fakaosifolau’s return to the game, Sweden got back to within two points after Marcus Teodor Loxvi found space in the corner to score and Noak Jönsson continued his excellent kicking day with a touchline conversion.

Norway were not rattled though, and came back strongly, breaking the Swedish resistance with both Eric Mellor and Harald Mikalsen bursting through the line and scoring within four minutes of each other, Tries that silenced the vociferous Swedish crowd and gave Norway breathing space.

Fabian Wikander scored another try for his country after 69 minutes to give a bit of hope to the home team, but this hope was quickly extinguished in the last 5 minutes as, again, Mellor and Mikalsen found space to score within four minutes of each other, with Svein Åge Breimoen slotting over both conversions to secure the victory and Nordic Cup glory for Norway as they won 40-24.

Sweden’s Captain Joakim Svennson spoke of his disappointment after the game: “This loss hurt all the boys badly. We had a great chance to win the Nordic Cup this year and the effort and heart were there, but we let ourselves down defensively in the middle”

The Swedish Coach Ashley Brown praised Norway, while also giving his team credit: “I can’t fault the effort from the team and we didn’t play badly, but we were chasing Norway from pretty early on and were always a try or so behind. We had the momentum coming into the last 10 minutes and it was our time to put them away, but just didn’t execute in the green zone. Full credit to Norway.”

A delighted Norwegian Team Manager Anne Haigh spoke of her pride at the performance: “As the manager for the Norwegian Rugby League team, I would first say I am very proud of our players. We have had some really good training camps in Oslo and we can now see the result of all the hard work. The Swedish team were a great team to play against and we had to work hard to get the win. It was a good match for spectator to watch as our lead was never a big one.” 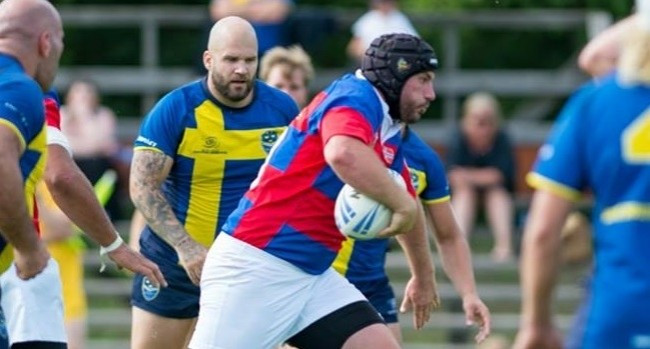