Serbia head coach Stuart Wilkinson ran two coaching clinics with Montenegro’s fledgling international side before the Balkan nations met in a representative fixture. In a highly competitive clash, the young Serbians emerged 24-16 victors at the FK Arsenal Stadium in Tivat.

“My brief was two-fold,” said Wilkinson, who had to travel to Montenegro via Croatia. “To help Serbia strengthen the Montenegrin Rugby League and to watch the young Serbian players live as part of their current four match Balkan tour, to see how far they have progressed. Due to the pandemic I have not been able to see them in action for almost two years, since our last camp held in Serbia in summer 2019.

“After watching this game, I can say that the young guys have really improved their rugby league skills and grown into the sport, they have a bright future ahead of them and some will play in our European Championship B campaign in October 2021.”

Wilkinson added: “Montenegro also left a positive impression on me, they have great enthusiasm, a desire for knowledge and improvement of their rugby league skills. The region of Boka Kotorska and city of Tivat can be a great base for them.”

Montenegro celebrated their acceptance as an observer nation with a fine performance, not least after overcoming logistical problems staging the game which was moved at short notice from the original venue in Bar because of threats from Montenegro Rugby Union.

Igor Adzaip, Montenegro Rugby League director, commented: “We managed to organize the match despite all the difficulties. I am grateful to FK Arsenal for the excellently prepared field as well as to the municipality of Tivat who enabled everything to be organized despite the lack of time.

“Next week our team Juzna Regija will continue to play in the Serbia second division and the Balkan Super League and that will be the sixth full 13-a-side game to be organized in Montenegro this year, which is a really great success.”

Adzaip confirmed: “Our plan for the future is to organize an international 9s tournament as well as a beach rugby league festival - we will send a team to Istanbul later this year for Turkey’s beach rugby league tournament - and try to attract as many teams as possible from Europe, especially the UK, to come to the beautiful Montenegrin coast because we believe that in this way we can raise the level of rugby league in our country.”

Serbia led 14-6 at the break after three tries in the opening 20 minutes, two to winger Aleksa Zivojinovic and the other from skipper Enis Bibic. Montenegro replied with a touchdown from Vlado Kusic and conversion by their captain Srdjan Popovic.

In-form Serbian prop Djordje Krnjeta returned from the sin bin to crash over for a try at the start of the second half, Kusic again cutting the gap. Krnjeta made it two in 13 minutes, Kusic completing his hat trick to set up a tense finish, two Serbian defenders just preventing home centre Boban Banjevic from grounding the ball four minutes from time after another Kusic break.

Serbia assistant coach, Jasmin Bibic, noted: “It was a very difficult and uncertain match but we managed to win again. I am really satisfied with the commitment and behavior of our players and we are also very pleased with the arrival of Stuart Wilkinson who held a couple of meetings with the players and closely monitored and analyzed their game before our next encounter.”

Serbia will finish their Balkan tour on 4 July when they face Albania in Shkodra. 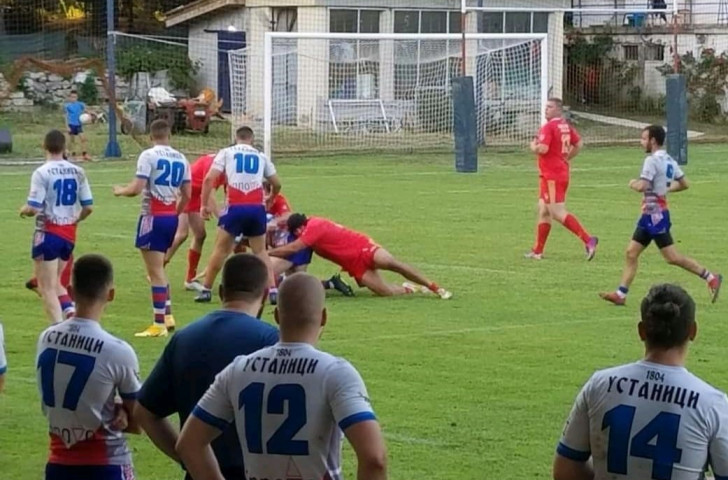