The seed of modern Rugby League in Ireland was sown in 1988 when the first meeting was held to establish an Ireland Rugby League Management Group. Dublin Blues were formed soon afterwards and Ireland entered its first international team in the 1989 Student World Cup.

Over three decades on and Rugby League is now played in all four of Ireland’s provinces: Leinster, Munster, Connacht, and Ulster. Rugby League Ireland succeeded the Ireland Rugby League and is the governing body of the sport with an all-Ireland mandate. RLI was the first Rugby League authority in Ireland to be recognised by the RLIF in 2000.

RLI was an original Affiliate Member of the ERL and became a Full Member in October 2010. It is administered by a nine person Board of Directors, three being independent, and is currently (2021) one third female. Its general assembly comprises all Clubs, the Match Officials, and the National Coach each of which have voting rights in General Meetings.

In November 2011 the Irish Sports Council, the country’s supreme sports authority, formally recognised RLI as a full member and the RLI is also a full member of the Federation of Irish Sport.

RLI exists to Govern all aspects of the sport of Rugby League in Ireland – to administer all domestic competitions, Club structures, pathways to representative squads, Representative Teams, and generally promote the sport to grow and flourish. It is the goal of RLI to develop and govern the sport for all stakeholders including players, coaches, referees, parents, and volunteers to enjoy being part of the Rugby League family.

Irelandrl 14 Jan 2023 09:06
Challenge Cup 2023 Dublin City Exiles will take on Hammersmith Hills Hoists this February in Round 1 of the Challen… twitter.com/i/web/status/1… 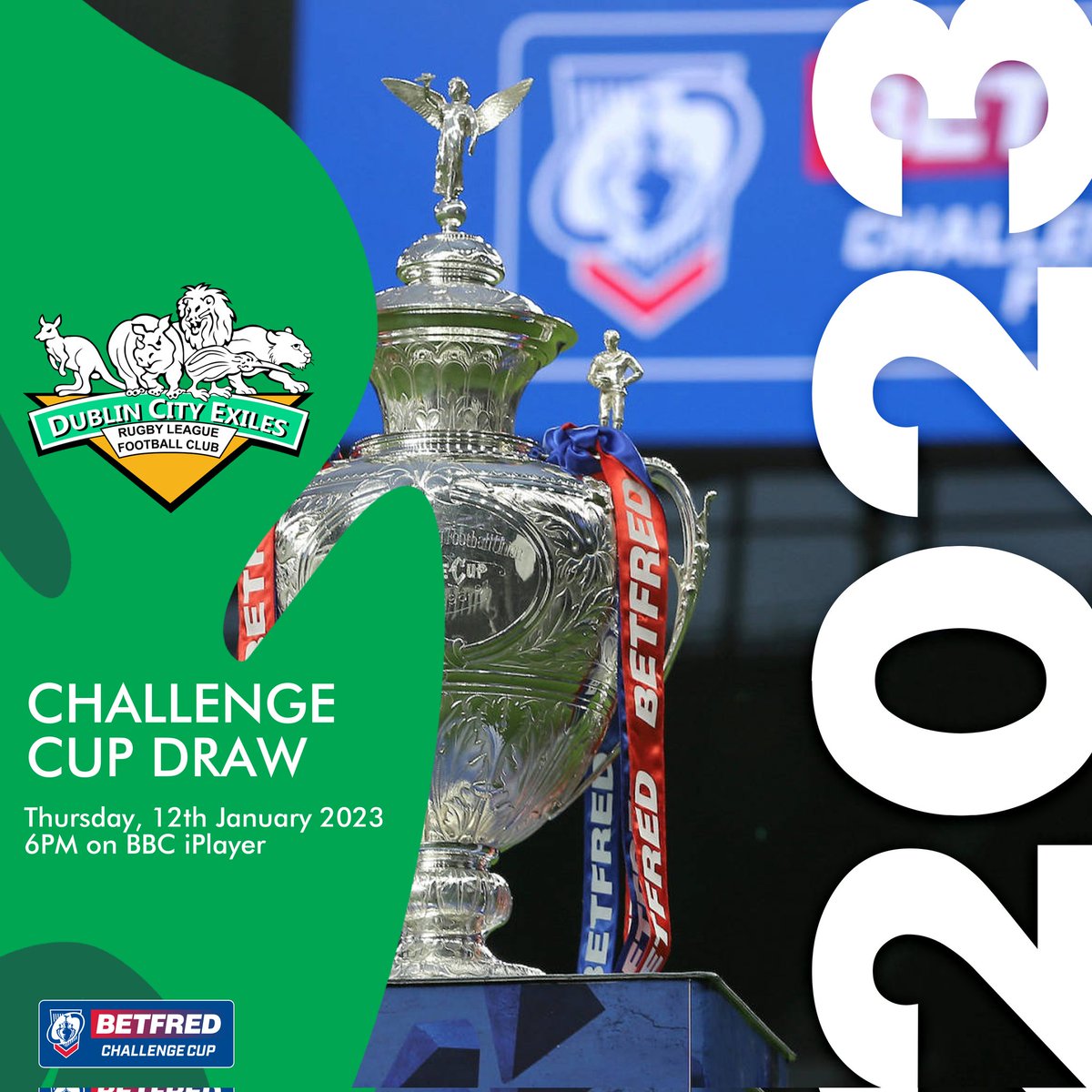 Irelandrl 12 Jan 2023 09:11
RT @DubCityExiles: Challenge Cup Draw 2023 Tune in this evening to BBC iPlayer or BBC Sport Online to see who the Exiles will be playing in…