France completed a 2-0 series win, and regained the Fassolette-Kielty Trophy, in a thrilling Wheelchair Rugby League International at Medway Park in Kent.

Inspired by Nicolas Claussells, who scored 25 of their points with three tries, six goals and a drop goal, the winners of the last World Cup in 2017 confirmed their status as favourites for the next competition when it is held in England next autumn, following this year’s postponement.

But England will draw encouragement from an improved performance on their 49-24 defeat in the first international, as they surged back from a 27-6 deficit to within a single point thanks to a 20-point haul from Nathan Collins of Leeds Rhinos.

A capacity crowd including the England Men’s Head Coach Shaun Wane were on a knife edge until the brilliant Clausells touched down a kick from France’s captain Gilles Clausells, then converted from wide out.

Dany Denuwalaere then rumbled over for his second try in the corner to apply a gloss to the final scoreline.

England captain Tom Halliwell had opened the scoring with a brave drive from close range, converted by Joe Coyd of the Argonauts who produced an outstanding 80-minute performance.

But France seized control by half-time with a 21-6 lead, playing some sparkling Rugby League – and in the end it proved just enough. 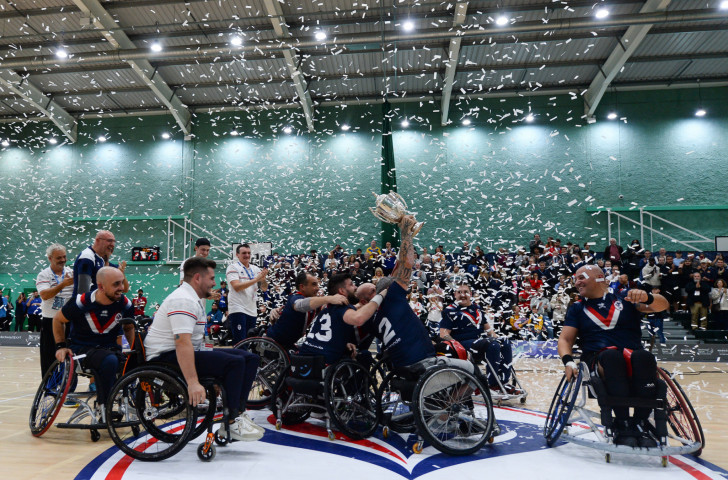